Getting Paid For Sleeping On The Job - The National Minimum Wage

In certain occupations, it is common for the employment contract to require the employee to sleep overnight at the place of employment some or all nights of the week and to be “on call” should any incidents arise. Typically those occupations attract low wages and include care workers, supervisors at boarding schools and porters in residential blocks of flats. If the employee is entitled to be paid for all the hours whilst they are present at the workplace, even when they are asleep, and not just those hours when they are attending incidents, then their average wage may fall below the National Minimum Wage [“NMW”]. What, then, is the test to be applied to whether hours spent asleep are to be taken into account?

30 The meaning of time work

Time work is work, other than salaried hours work, in respect of which a worker is entitled under their contract to be paid -

(a)     by reference to the time worked by the worker;

(b)     by reference to a measure of output in a period of time where the worker is required to work for the whole of that period; or

(c)     for work that would fall within sub-paragraph (b) but for the worker having an entitlement to be paid by reference to the period of time alone when the output does not exceed a particular level.

31 Determining hours of time work in a pay reference period

(1)     Time work includes hours when a worker is available, and required to be available, at or near a place of work for the purposes of working unless the worker is at home.

(2)     In paragraph (1), hours when a worker is “available” only includes hours when the worker is awake for the purposes of working, even if a worker by arrangement sleeps at or near a place of work and the employer provides suitable facilities for sleeping.

Two decisions in 2014 brought some clarity.

In Whittlestone v BJP Home Support Ltd [2014] ICR 275, the Claimant was employed to provide care services to clients in their homes for an hourly rate and she also agreed to provide 8 hour sleep-over shifts for a fixed fee which fell below NMW. At first instance the tribunal held that the sleep overs fell within Reg 15(1A) [now Reg 32] but, allowing the appeal, Langstaff J (President) said:

“Thus the cases, as I shall show, note that where a person's presence at a place is part of their work the hours spent there irrespective of the level of activity are classed as time work. Difficult cases may arise where a worker is obliged to be present at a particular place. That presence may amount to their working. Conversely it may not. An example of the latter might typically be where a requirement is imposed on an employee to live at or near a particular place but it is not necessary for that employee to spend designated hours there for the better performance of the contractual duties. This is unlikely to be time work: presence facilitates work but it is not itself work. Conversely where specific hours at a particular place are required, on the pain of discipline if they are not spent at that place, and the worker is at the disposal of the employer during that period, it will normally constitute time work.”

A different EAT reached the same conclusion in Esparon v Slavikovska [2014] ICR 1037 the Claimant was a senior care worker who, in addition to working during the day, worked 10 hour night shifts at a rate of £25 per shift. The EAT upheld the tribunal’s decision that she was entitled to be paid the minimum wage for the whole 10 hour shift. Having reviewed the authorities HHJ Serota QC said:

“How does one distinguish between those “at-work” cases, where the employee is paid simply to be there “just in case”, and those “on-call” cases where he is required to be there on call and is not deemed to be working the whole time?

…. in our opinion the claimant's job when she was required to sleep in on the premises was one where she was entitled to be paid simply for being on the premises, regardless of whether she worked or not or whether she carried out her regular duties. She was paid simply to be there. This view is reinforced by the 2001 and 2010 Regulations. The employer was obliged by those Regulations to have staff available on the premises at all times, and the claimant was there to fulfil that obligation. She was required to undertake night shifts in pursuance of the obligations placed on the employer and it was essential that she was there even if she did nothing.”

The most recent decision of the EAT on this issue went the other way. In Shannon v Rampersad UKEAT/0050/15/LA the appellant had been employed as an on call night care assistant and was provided with free accommodation in an on-site flat. He was required to be in the flat between certain hours at night to respond to requests for assistance but was not paid for hours when he was not responding to a request or was asleep. He claimed that he was entitled to be paid for all those hours including those when he was asleep. The EAT upheld the tribunal’s decision that Regulation 16 of the 1999 Regulations [now Reg 32 of the 2015 Regulations – see above] was engaged. The exception applied as his home was his place of work and he was entitled to spend the entire shift at home. His Honour Judge Peter Clark said:

“Under Regulation 16(1A) the arrangement was that the Claimant was provided with suitable facilities for sleeping time (in the Studio, his home) during his shift because he was only required to respond to a call for assistance on the rare occasions he was called by the on duty night worker. In these circumstances, it seems to me, on the plain wording of regulation 16 only those times when he was awake for the purpose of working counted as working hours and his flat-rate pay (plus accommodation) meant he was at all times in receipt of the NMW”

His Honour Judge Clark reviewed the many previous authorities including Whittlestone and Esparon. Some of the distinctions might be a little tenuous. His Honour Judge Clark was not persuaded that the fact that the Claimant was contractually required to be on the premises, even though asleep, or that the care home was required to maintain adequate staffing levels compelled the tribunal to a finding that his sleeping hours were working hours. He considered that the Claimant fell within the statutory exception which he considered to be clear. One cannot help but suspect that the facts that the Claimant was rarely called upon during his sleep and was claiming a windfall of more than £200,000 were influential in the decision of the tribunal and the EAT. There might be sufficient at stake to justify engaging the views of the Court of Appeal.

Written by Russell Bailey, member of No5 Chambers Employment Group 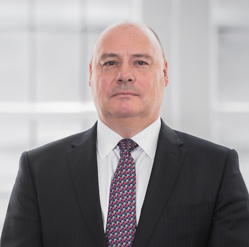