Equal pay: As employers face criticism over their gender pay gap figures, how does the law protect equality of employment terms?

The full-time gender-pay gap has been decreasing since 1975, however there is still at 16% difference between men and women’s pay according to the Equal Pay Code of Practice.

This April sees the first deadline by which employers with over 250 employees must publish figures annually, showing the gender pay gap in their workplace.  This requirement is hoped to encourage an ethos of transparency within the work place, and a focus on corporate values regarding equality.

As a result of these reporting duties, employers and employees are more aware than ever of issues around pay.  This article sets out a brief summary of how to seek remedy for unequal pay in the Employment Tribunals: reference is made to a female claimant for ease of reference, however the legislation protects both men and women.

All employees have a right to equal pay.  There are however three routes by which a claim can be brought under the Equality Act 2010 (“EqA”).  A difference in pay will potentially be discriminatory unless the employer can make out a valid defence:

2.    A “Rated as Equivalent” claim (s65(1)(b), (4) EqA) – where a woman doing a different job to her male comparator is doing work “rated as equivalent” by a job evaluation study.  For example, if a new pay grade system was brought in at work, and two jobs that had previously attracted different salaries now were regraded as equivalent, the past disparity could be discriminatory.

3.    An “Equal Value” claim (s65(1)(c), (6) EqA) – where a woman and man are doing different jobs, but a tribunal finds that the employer values their work equally by looking at factors such as effort, skill and decision-making.  This generally requires a detailed consideration of all aspects of the jobs of the male and female workers in question.

Employees are also protected by the existence of the “sex equality clause”.  This clause is implied automatically into all contracts of employment and has the effect of guaranteeing that female employees’ contractual terms are no less favourable than those for male colleagues (s69 EqA).

Discrimination or breach of contract?

The type of claim an employee would seek to bring depends on the benefit that they are seeking to have equalised.

For example, take a contractual provision for a bonus awarded “at the discretion of the board”.  If a female colleague is awarded less than a male comparator, this would not be a breach of an express contractual term.  However, it may be discriminatory if the Board has exercised its discretion in a discriminatory manner.

So, where the benefit is non-contractual, an employee will generally claim discrimination rather than breach of contract.

A claim for equal pay (in other words, the claim form ET1) must be lodged with the tribunal within six months of the date of the end of a woman’s employment.  That means, if the woman is still employed, the clock has not started to tick.

An employer may rely on one or more defences to pay claims, as follows:

1.    Pay is not equal because of a “material factor” (for example, geography or individual performance).  This defence is set out at s69 EqA, which states that the material factor must not in itself be discriminatory;

2.    The comparator that a female worker relies upon is not suitable and not a real comparator;

3.    The employee and her male comparator do not do like work;

4.    The work of the two employees is not rated as equal by a job evaluation scheme;

If you would like any further or specific guidance in relation to equal pay, please do get in touch with our Employment Team. 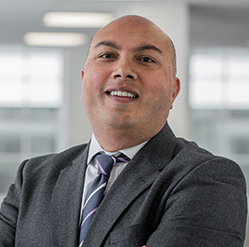