Following a line of decisions in the Employment Appeal Tribunal, the Court of Appeal  in City of York v P J Grosset [2018] EWCA Civ 1105 so held.

Stating it very briefly, Mr Grosset was a teacher disabled by reason of cystic fibrosis, a life threating and life shortening condition.  The school knew he was disabled. A new head teacher, initially not personally knowing of the disability, increased his workload such that he eventually was signed off sick with stress. Whilst on sick leave, the head teacher discovered Mr Grosset had shown to his class of 15 year olds, Halloween, a violent x-rated film by John Carpenter. He had neither the approval of the school nor the consent of the parents.

He was sacked for gross misconduct for showing the film. In his disciplinary, he accepted that showing the film was wrong, claimed it was an error of judgment induced by disability related stress, and he further apologized for his conduct.   His dismissers’ did not accept that the film showing was an error of judgment because of stress (and therefore in consequence of his disability), nor did they believe his apology was sincere. In short, they found his disability had nothing to do with why he was being dismissed.

By a majority, the Employment Tribunal dismissed his claim for unfair dismissal, because they found dismissal was within the Burchell guidelines and within the range of reasonable responses.

They unanimously went on to find that he had been discriminated against, contrary to section 15 of the Equality Act 2010 (EqA). This provides:

The Employment Tribunal found that the unfavourable treament was the dismissal and the “something arising” was the showing of the film. They found and accepted , contrary to the findings of the dismissers, that Mr Grosset’s explanation that it was an error of judgement brought about by his disability related illness was so, and they further accepted he was contrite, as he had claimed to be. They were able to do this because whether or not discrmination has occurred is an objective fact finding exercise undertaken in the trial by the Tribunal itself , whereas the function of the Tribunal in the unfair dismissal rubric is essentially one of reviewing the reasonableness of the employers actions when dismissing the employee.

The Employment Tribunal then considered the justification defence under section 15 (1) (b) EqA. The justification put forward was that the school had a legitimate aim in protecting children and ensuring that disciplinary standards were maintained. The Employment Tribunal found these were indeed legtimate aims, and that dismissal in many a case may have been proportionate. But not in this case. It found that a formal warning letter to Mr Grosset was the most severe form of action that would have met the aims, because they had already found it was an error of judgment, he apprecaited the error of his ways and was contrite. In all the circumstances, including medical evidence which post-dated the dismissal, it found that there was little chance of a repeat, had that course been followed. It therefore rejected the justification defence.

The Court of Appeal held there was no such extra stage as contended for. All that was required was the investigation of two distinct causative issues:

Stage (a) requires an examination of the decision-maker’s mind, that is to say the something must operate on that persons mind- see Nagarajan v London Regional Transport [1999] IRLR 572 HL. Obvioulsy, the showing of the film satisfied that criterion.

Stage (b) requires objective casuation, but it need not be direct or immediate. This is because “in consequence” is a deliberately wide formulation. The error of judgment in showing the film was a consequence of his disability. It was not necessary for the employer to know of the link between the two.

The Court of Appeal observed at paragraphs 47 and 48:

In the present case, the claimant maintained to the respondent that the showing of the film was down to an error of judgment arising in consequence of his disability. He satisfied the ET that this was indeed the case, although the respondent did not believe him. In those circumstances, it seems clear that Parliament intended that the claimant should have the protection of section 15, subject to the issue of justification under subsection 15(1)(b)”

Accordingly the appeal was dismissed, and the long line of EAT authority cited at paragraph 52 of the judgment upheld.

This case also perhaps demonstrates how perilous it may be for an employer to reject a disabled person’s explanation for apparent wrong doing, without seeking medical guidance to assist in the investigation of the causes of that wrongdoing.

Irvine Maccabe is a member of the Employment Group 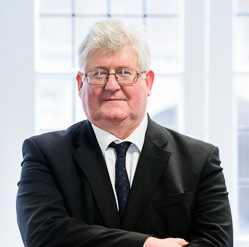