Costs and the expert

Dewinder Birk of No5’s Family Group has set out two cases dealing with two different aspects of experts’ costs in private children cases, but both of which highlight the robustness of the higher courts in exercising discretion in relation to costs when dealing with such matters.

Costs order against a non-party

The case of ABCDEF (Fact-Finding: Honour-Based Violence) 2019 EWHC 406 involved a number of allegations of honour-based violence by the mother which Keehan J dismissed with serious adverse findings being made against the mother. The details of the case in themselves do not impact upon Keehan J concluding the case by making a non-party costs order against an expert who had failed on successive occasions to comply with court orders, which is the focus of this article.

A report from Dr Kaur-Kelly, an expert in honour-based violence, was ordered by 5th February 2018 but following a successful application for an extension by the expert she was permitted to file by 30th March 2018. However, this report was not forthcoming until 21st May 2018. An addendum report by Keehan J was ordered to be filed by 28th September  2018. The expert applied for an extension of time which was refused and no report was filed.

On 2nd October 2018, the parties and Dr Kaur-Kelly appeared before Keehan J for the expert to explain the delays. Dr Kaur-Kelly explained that because of other professional commitments and bouts of ill-health, she had been unable to comply with the date for filing of the report. An extension was agreed until 15th October 2018. However, no report was forthcoming. The impact of the failure to report on time had been one of the causes for the huge delays in progressing this case.

Keehan J then considered whether the expert should pay the costs of the parties. This was in respect of two hearings which had taken place on 2nd and 10th October 2018 to deal with the issue of the expert’s report.

Whilst there was an acknowledgment by the court that the expert suffered from an adverse health condition, nevertheless Keehan J emphasised that she was a professional witness and was under a duty to the court. His Lordship stated that:

“She does, unfortunately, suffer from an adverse health condition which causes her difficulties from time to time and which flares up from time to time. That is most regrettable. However, as a professional witness and accepting forensic work, Dr Kaur-Kelly knows and knew only too well of her duty to the court and of the importance of filing reports on time. If her health was such that she could not be sure that she would be able to comply with court orders, she should frankly not have accepted instructions to be a forensic expert witness.”(para 38).

The expert was ordered to pay the parties costs for the wasted hearings.

This case serves as a reminder that professional witnesses have a duty to assist the court with its overriding objective which includes the avoidance of delay and to adhere to the court’s timetable. This is a warning to ensure that experts chosen can and are able to comply with the court’s timetable and are confident that known and foreseeable factors e.g. health conditions or professional commitments, will not have an impact upon and interfere with their ability to comply. The risks otherwise are to be open to the court finding that they "have acted inappropriately” (para 40) and to be identified in a court judgement.

Paying the costs of experts

The judgement from Keehan J in Re H (Costs: Experts) [2020] EWHC B17 (Fam) deals with the discrete issue of whether a party should pay a share of the costs of experts who had been instructed in a private children law case. His Lordship ordered the mother to pay her half-share of the experts costs and it is a useful reminder to any party seeking to mount a challenge regarding the payment of the costs of experts that it is imperative that they provide the fullest and most detailed evidence in support of their financial circumstances. The mother, a litigant in person, failed to do so.

Keehan J had already determined in a previous judgement that the child’s care should be transferred from the father to the mother (see Re H (Parental Alienation) [2019] EWHC 2723 (Fam)). The father made an application for an order for the mother to pay a one-half share of the costs of the expert witnesses that had been instructed in the case. In order to avoid unnecessary delay, the father agreed to pay these costs but without prejudice to seeking an order for the mother to pay a one half share of the same at the conclusion of these proceedings. A half-share of the costs in issue totalled £10,783.60.

There had been instruction of an expert in the field of parental alienation. There were also a number of professionals whose advice and support the court had felt necessary in respect of the transition of care of the child from the mother to the father.

The mother opposed the application essentially on the ground that she could not to afford to pay these costs. Both parties had filed statements on the issue as directed by the court.

The mother's opposition to paying one-half share of these costs was based on two key submissions:

i) she did not have the means to afford to pay the same; and

ii) she did not appoint the expert or the professionals nor agree to their instructions.

Keehan J quickly dismissed the second submission by stating that it was:

“totally misconceived and completely misses the point that it was the court which considered their instruction in this case to be necessary and it was the court that gave permission for this expert and these professionals to be instructed.” (para 7)

Therefore, the only valid argument to be considered was whether she could afford to pay or not.

In the court’s examination of the mother’s financial position as set out in her statement the court ascertained that the mother was previously in employment but now asserted that she was unemployed. The father contended that she had left her employment shortly after the final hearing in the case. Keehan J was unwilling to attach weight to her current state of being unemployed because the mother had failed to give details about:

i) how and why she left her employment or, as the case may be, lost her job;

ii) what steps she is taking or will take to find new employment; or

iii) what her prospects were of securing future employment.

Her savings deducting her liabilities left her with a net figure of £7,476.57. She had alleged monthly expenses of £1,697.70. She was the joint owner of a property on which there is an outstanding mortgage. She has also asserted that she had  forthcoming costs for repairs and maintenance but had failed to specify the quantum.

Based on the court not being told the circumstances in which she became unemployed or what her prospects of are securing future employment, that she has capital savings and was the owner of a one-half share in a property. The court was unpersuaded on that evidence that she did not have the means to pay.

It was held that there was no reason to depart from the general principle that parties to the joint instruction of approved experts should equally bear the costs of the same. The mother was ordered to pay the entire amount by way of £2,783.60 forthwith (within 14 days) and the remaining balance in 16 instalments of £500 per month. 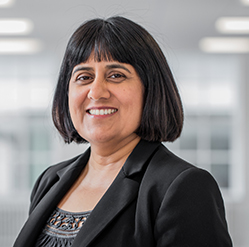