Claims against non-medical NHS staff: Darnley in the Supreme Court

Mr Darnley attended the A and E department at Mayday Hospital, Croydon, on 17th May 2010 having suffered a head injury in an assault. He told the receptionist that he had a head injury, and that he was feeling very unwell and as though he might collapse. The receptionist (who, according to Mr Darnley’s friend who was present, “did not have a helpful attitude”) told him that he would have to wait up to four or five hours before being seen.

That advice was wrong: the hospital’s practice was that patients attending A and E with a head injury should be seen by a triage nurse within 30 minutes of arrival.

After waiting for 19 minutes, Mr Darnley left A and E without telling anyone, as he felt too unwell to remain and wanted to go home to take some paracetamol. Within an hour he had collapsed at home and was taken back to hospital by ambulance, where he was found to have suffered a serious brain injury. The serious consequences of that brain injury would have been avoided had he stayed at hospital.

Mr Darnley lost his trial in the High Court and appealed to the Court of Appeal where the majority of the Court (McCombe LJ dissenting) dismissed his appeal. Jackson LJ (with whom Sales LJ concurred) agreed with the trial judge that that the giving of incorrect information by the receptionist was not an actionable misstatement because when making that statement the receptionist did not assume responsibility for the consequences Mr Darnley might suffer if he walked out of hospital. He also held that it would not be fair, just and reasonable to impose a duty not to provide inaccurate information on non-medical A and E staff as this would add a new layer of responsibility to NHS trusts. Therefore, there was no duty of care owed by the receptionist in these circumstances.

The majority in the Court of Appeal were clearly concerned, in dismissing the appeal, by the potentially undesirable social consequence of a duty of care being imposed in these circumstances. Jackson LJ stated that “Litigation about who said what to whom in A and E waiting rooms could become a fertile area for claimants and their representatives. Alternatively, healthcare providers could close down this area of risk altogether by instructing reception staff to say nothing to patients apart from asking for their details”. Sales LJ did not consider it would be fair, just or reasonable to impose “a duty of fine-grained perfection” regarding information provided and “it is not a matter of legal of duty incumbent on a receptionist and the employing NHS trust to provide minute-perfect or hour-perfect information about how long the wait might be”.

In addition to finding that no duty of care was owed, both the trial judge and the Court of Appeal held that Mr Darnley’s actions in leaving A and E without telling anyone broke the chain of causation because, as Jackson LJ put it, “there comes a point when people must accept responsibility for their own actions”.

Mr Darnley appealed to the Supreme Court, which handed down judgment on 10th October 2018, allowing the appeal. The unanimous judgment of the Court was given by Lord Lloyd-Jones.

This was not the imposition of a duty of care in a novel situation where it was necessary to start afresh from Caparo principles and decide whether the duty existed: it is long established that NHS trusts that run casualty departments owe a duty to patients, including before they are treated or admitted. Therefore, as soon as a patient is “booked in” a duty of care arises.

That duty of care is to take reasonable care not to act in a way that might foreseeably cause a patient to sustain injury, and clearly extends to not providing misleading information that might cause such injury. Further, this is a duty owed by the hospital trust that has to be view ‘in the round’, and so it is not appropriate to distinguish, for these purposes, between medical and non-medical staff. That distinction might well be relevant to the standard of care in terms of whether the duty had been breached, but not as to whether the duty of care existed.

Lord Lloyd-Jones also dismissed in his judgment the practical concerns and social consequences that so troubled the majority in the Court of Appeal, stating that:

In summary, therefore, the real question in Darnley always should have been not whether a duty of care existed, but whether that duty had been breached.

On that issue (whether the duty had been breached), the Supreme Court found in Mr Darnley’s favour.

The standard of care to be applied was “that of an averagely competent and well-informed person performing the function of a receptionist at a department providing emergency medical care”.

The information provided to Mr Darnley that he would have to wait four or five hours was clearly wrong and misleading and it was negligent of an average competent and well-informed receptionist to give him that information.

Finally, the Supreme Court also overturned the decisions of the trial judge and the Court of Appeal that Mr Darnley’s actions in leaving A and E without telling anyone broke the chain of causation.

Those findings, as Lord Lloyd-Jones pointed out, completely overlooked the factual findings made by the trial judge that:

Further, requiring Mr Darnley to take responsibility for his own actions overlooked the fact that at the relevant time he was suffering from what transpired to be a serious brain injury.

In those circumstances, it is respectfully suggested that it is hard to understand how it was ever thought that Mr Darnley’s actions could break the chain of causation. At best, they might form the basis of an argument for contributory negligence, but it does not appear that such an argument was pursued in the alternative on appeal.

The appeal was accordingly allowed on all points, and the case remitted to the Court of Appeal for the assessment of damages.

This decision will clearly be welcomed by claimants and their representatives, and removes what would otherwise have been a barrier to claims relating to erroneous information provided by non-medical staff in both hospitals and other setting (such as GP surgeries). Conversely, however, it is suggested that defendants should not be overly concerned by Jackson LJ’s fear of the floodgates to new claims being opened: the actions of non-medical staff will be judged neither in the same way as their medically qualified colleagues, nor to a counsel of perfection. Further, the busy and difficult conditions in which they work should be taken into account when considering whether they have breached the duty of care that, as the Supreme Court held in Darnley, they owe to members of the public. 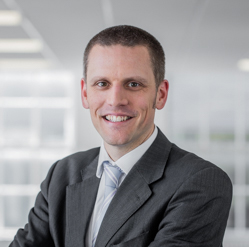