In the aftermath of the pandemic, parties and their advocates in care proceedings are implored by ‘The Road Ahead’ (and more recently in the President’s case management guidance of March 2022, ‘Making Every Hearing Count’) to focus their efforts on the issues that: (1) the Family Court can legally do something about; and (2) would actually make a difference to the outcome of the case where that is usually either: (a) the type of final order the Court should make; or (b) who the child is to be placed with.

Against that background, in my experience, housing issues can become relevant in care proceedings in two principal ways:

This article examines the relevant legal principles applicable to the first set of cases.

Where there is an interim or final care order in place then the local authority’s qualified duty to house the children in accommodation that meets their needs can be found in section 22G of the Children Act 1989; it is qualified in the sense that the duty only applies “so far as it is reasonably practicable”. That duty is the one that family lawyers and children’s services social workers may very well be familiar with. Aside from section 17 of the Children Act 1989, talking about – among other things - the provision of direct payments from the local authority to children in need (or their carers), the Children Act 1989 otherwise says very little about housing.

The nature and extent of a local authority’s housing duties can be found within three  primary sources; they are: the Children Act 2004, the Housing Act 1996, and – most important of all – the various guidance documents issued by various Government departments or by local authorities. There is also a smattering of case law on the subject, which  is quite significant. I shall now consider each of these sources in turn.

Section 11 of the Children Act 2004 imposes a duty on local authorities to promote and safeguard the welfare of children. Very often, the local authority in care proceedings is the same local authority that also holds the various housing law duties too: this is particularly so in cities or built-up areas; in more rural areas, however, there is likely to be a county council (or equivalent) that has all of the duties in respect of children and a district council (or equivalent) who has all of the duties in respect of housing. It does not really matter whether there is one local authority or two because the district council will be one of the organisations listed in section 11. No local authority can ‘get off the hook’ in respect of its duties by privatising its housing stock and appointing a housing association to run it for them.

Where there is a unified, single local authority that holds both children and housing duties, my view is that it should be easier to persuade judges that the housing issues can/should be fully resolved before the Court makes a final order; the reason is that, ultimately, if there is a housing issue and it is important, one of the parties in the case can do something about it. The statutory guidance ‘Working Together’, which will be familiar to many, requires two departments within one unified local authority, or otherwise two local authorities with separate responsibilities, to work together to achieve an outcome that promotes the welfare of children or safeguards them – there should be ‘joined up’ thinking between housing departments and children’s services. The focus of Working Together is the outcome, not developing elegant but ineffective administrative processes.

The Housing Act 1996 will be the statute that family lawyers are least familiar with; it is an enormous piece of legislation. For present purposes, I need only highlight that Parliament has set out five categories of people in England who should be given a “reasonable preference” in any housing allocation scheme designed by a particular local authority (See section 166A(3)). All local authorities responsible for social housing have to have an allocation scheme setting out how it will allocate its housing stock. The local authority can choose what its local priorities are but, however it is designed, it must give effect to those five categories.

Of the five categories the most relevant two are: (a) people who live in unsanitary or overcrowded housing; and (b) people who need to move on medical or welfare grounds. The Secretary of State for Housing, Communities, and Local Government (now, the Secretary of State for Levelling-Up, Housing, and Communities) issues statutory guidance which very helpfully elaborates on the bare Parliamentary wording. Almost every word of the statute is given a wide and generous meaning by the statutory guidance – it is of great assistance. Crucially, there is provision in the statutory guidance that implies that prospective foster carers/adopters should be given priority in housing allocation schemes even at an interim stage in care proceedings rather than waiting until the end.

Each local authority’s housing allocation scheme is different; I have now read a number of them. What is often striking about them is:

The case law is the most important part of the puzzle when it comes to advancing a challenge to a housing officer’s decision so as to reverse it (or make sure it goes the way you want) where reversing a decision/likely decision is important to whatever case is being advanced in the Family Court. The two leading cases are R (KS) v Haringey LBC [2018] EWHC 587 (Admin) (“KS”) and R (J and L) v Hillingdon LBC [2017] EWHC 3411 (Admin) (“J and L”); both of them are largely concerned with procedure, however, they establish the following points:

How is a ‘housing’ issue approached in practice by the family courts?

My comments below on the approach taken in practice by the family courts is based on my experience. I have advanced arguments based on the statutes and case law set out above in a number of cases. When the court has allowed the issue to be fully ventilated at a final hearing, I have encountered the following outcomes:

Those outcomes at trial influence how I (now) invite the Court to case manage the matter earlier in the proceedings; where a housing issue has crystallised, my approach is:

Do not be surprised if the witness statement from the housing officer shows a limited familiarity with the voluminous history usually found in the papers in the care proceedings bundle; and/or is ungenerous in its analysis of the carer’s/child’s, or prospective carer’s, needs. Do not also be surprised if the housing officer approaches the whole issue in your case as if it were an issue about preventing your client being homeless: it may sometimes be the case that, without the housing department’s help your client will be homeless, but that is not always the case. Part 6 of the Housing Act 1996, summarised above, deals with the latter set of cases which are the more common cases for the purpose of this article.

Almost all of the cases I have undertaken have involved me requiring oral evidence from housing officers because some aspect of their written evidence has been seriously open to challenge: indeed, in one case, I had to have the Court issue witness summonses for housing officers to attend because they were otherwise refusing to attend to be cross-examined to justify their position. Because of the rarity and complexity of raising challenges to housing decisions, I often ask the Family Court to direct skeleton arguments from whoever is raising the housing issue so that all of the other family law advocates, who are probably unfamiliar with the details of the line of argument, know what is going to be said in broad terms.

The Family Court is not the Administrative Court of the Queen’s Bench Division: it cannot declare housing decisions unlawful; what the Family Court can do, however, is bring to bear its influence for the sake of vulnerable children in cases where something has gone wrong in respect of housing. I hope this article is of some assistance to others considering whether to argue these issues. 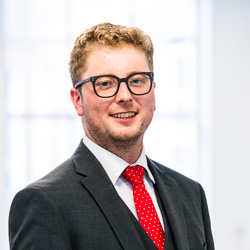 A practical guide to authorisations of unregistered placements and DOLS applications
The inspiration for this article is twofold; firstly, an engaging talk on the subject matter delivered by HHJ Rowland which I recently attended, and secondly, a string of recent cases on which I have been instructed (for local authorities, parents and children’s guardians)....