The Brexit vote was about taking back control that had been given up at UK level by the succinct terms of the European Communities Act (ECA) 1972.  The Act gave supremacy to EU law where it conflicted with UK law and mandated British judges to follow judgments of the Court of Justice.  The European Union (Withdrawal) Bill (EUWB) looks to repeal this Act.

The medium term, and perhaps even the short term impact of Brexit upon cross-border litigation is unsettled, but the prediction is that, in the highly regulated area of consumer travel law, and at least for now, not much will change in the short to medium term.  But the devil they say is in the detail, and the complex and in places ambiguous drafting of the EUWB introduces uncertainties which need to be ironed out following (it is hoped) rigorous Parliamentary scrutiny.

The impact of Brexit on other cross-border litigation, for example, overseas employers liability claims, foreign and domestic workers rights, discrimination, enforcement of EU law and the binding jurisdiction of the ECJ remains less clear.

The broader impact of Brexit on these cross-border litigation areas will depend upon the deal the UK government negotiates, and gives rise to legal and political issues which, at present, remain resolved.  Should the UK remain in the EU economic area?  If so, at what price?  What of the U.K.’s position on the four fundamental freedoms of the single market: freedom of goods, services, people and capital?  As if these issues were not significant enough, what of the continuing supremacy of EU law and the jurisdiction of the ECJ?

Those who practice in this area are used to the supremacy of European regulation and the ECJ.  The logic of Brexit is that this principle must now to be rejected by the UK government.  Recently, however, the government’s position has become more nuanced.   Why is this important?  Well, the EU says that the UK cannot have a special relationship with it unless it submits to a common legal system overseen by the ECJ.

Whilst politically the government will maintain its outright rejection of continuing influence, there will be no escape from EU and ECJ influence, at least indirect influence for years to come.  What has yet to be decided is how, after 2019 and in practical terms, English law will shape up to the task.

Neil Thompson will feature in a series of Travel Litigation seminars taking place in September 2017. 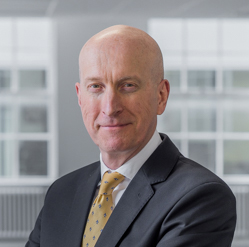