Both cases concerned relatively low value clinical negligence claims where the ATE premiums had been reduced on assessment by judges either on the grounds of reasonableness or proportionality. Mrs. West’s case had settled for £10,000. The recoverable element of her ATE premium was £5,088. The NHSLA argued that the sum of the premium should be reasonable and proportionate. It was submitted that the appropriate figure for the ATE premium should have been £834.75. In the alternative, the NHSLA tried to rely upon a LAMP Services policy with a premium of between £1,802 and £1,982.20, which was alleged to be comparable. At provisional assessment the judge awarded £2,500.

In the case of Mr. Demouilpied, he recovered £4,500 in damages. The recoverable aspect of his ATE premium was also £5,088. The NHSLA made similar submissions to the West case and alleged that the recoverable sum should either be £175 or the sum of a comparable policy - £1,982.20. He was awarded £1,982.20 in line with the ‘comparable’ policy. After the original judgments were upheld, the cases were appealed to the Court of Appeal.

The case law had for a long time indicated a degree of deference to the ATE insurance industry on the part of judges. Judges were reluctant to find that ATE premiums were unreasonable. Such caution arose from the niche nature of the ATE insurance market and the limited information before judges as to how premiums were calculated. This was particularly the case with block-rated premiums, where the cost of a premium is not set by the individual risks in a case but by wider risks within a group of cases.

More recently, Foskett J in Surrey v Barnet and Chase Farm Hospitals NHS Trust [2016] EWHC 1598 (QB), [2018] 1WLR 499 held that Costs Judges could consider ATE insurance premiums by engaging in a robust analysis. This had led to a greater willingness on the part of judges at provisional assessments and detailed assessments to reduce the sum recoverable for an ATE premium. Such decisions were not however being made on a consistent set of principles.

In West, the Court of Appeal voiced a degree of concern with the way in which ATE premiums were being assessed by courts. In particular it noted that:

Prior to the final hearing of the appeals, assessors were appointed to prepare a report that would address various aspects of the ATE insurance market. This allowed for greater scrutiny of the of the market and the types of arguments often put forward by paying parties in ATE insurance disputes.

The assessors’ report is likely to be the most detailed analysis of the ATE insurance market for the foreseeable future. The report was compiled by two specialist Costs Judges and was based on evidence provided by individuals who were working in the ATE insurance industry. The key conclusions drawn by the assessors were summarised by the Court of Appeal:

In a lengthy judgment the Court of Appeal determined the following principles that ought to be applied in respect of any challenge to an ATE premium.

The Court further held that where an ATE premium had been found to be reasonable, it should not be found to be disproportionate. It was held that the ATE premium should be specifically excluded from the overall assessment of proportionality that is now undertaken on assessment. It was emphasised in the case of block-rated premiums that comparison of the premium to the value of the case was highly unlikely to assist. This was because block-rated premiums are not derived from the values or risks of specific cases but from a wider class of cases.

The Future for ATE Premium Challenges

The Court of Appeal confirmed that it would be possible to challenge ATE premiums in the future but that the matter was largely settled for now. The following questions arise:

The Court of Appeal made clear that ATE insurance premiums are not to be automatically deemed reasonable. However, it is going to be difficult to challenge block-rated premiums in the future. The Court of Appeal also emphasised that any challenges will have to relate to the market and will require expert evidence. Even if it can be demonstrated that there were cheaper comparable products on the market, this might not always suffice.

In contrast it is more likely that paying parties are able to identify comparable individual policies with lower premiums – such premiums being more reflective of the individual risks of a case. The Court of Appeal noted that the challenges to such premiums may well also focus on the way in which the case was risk assessed. Paying parties will therefore need to remain alert to the potential for such challenges.

However, even if there were an increase in the use of block-rated premiums, it is difficult to see that this would constitute the kind of market change that was envisaged by the Court of Appeal. The only market changes that would appear likely to change the prospects of a successful challenge would be the emergence of substantial price differences between insurers, anti-competitive practices coming to light or excessive profits being generated by insurers. This is an area that paying parties will need to be alert to but which invariably be very difficult to prove.

Challenging Premiums in the Future

The Court of Appeal has made clear that expert evidence will usually be required for future challenges to ATE premiums. It has also confirmed that the means by which to challenge premiums will be for the paying party to raise the issue, presumably in Points of Dispute, with accompanying expert evidence in support.

This creates a serious practical difficulty for paying parties. It is highly unlikely that any paying party would have an expert report as comprehensive as the assessors prepared in West and Demouilpied. That report included, for example, witness evidence from a variety of individuals from the ATE insurance industry. It seems unlikely that any party will be able to individually organise such an in-depth report. This is going to make it very difficult for paying parties to present a prima facie case that a premium, particularly a block-rated premium, is unreasonable.

The Court of Appeal suggested that, when the market changes, challenges to ATE premiums can be brought through a group of test cases. An assessor could be appointed by the Court in the test cases – as occurred in West and Demouilpied. However, in order for such an assessor to be appointed, the paying party will have to produce sufficient expert evidence to demonstrate a prima facie case. As noted above, this is going to be very difficult.

The difficulties with experts may go even further. Who will the experts be? Will there be many willing experts? These are questions that would apply not just to challenges based on future market changes but also to challenges to individual premiums. Any expert would presumably have to have substantial experience within the ATE insurance industry. However, there may be a reluctance within the industry to become involved in litigation that undermines or challenges the current ATE insurance market. This might mean that there is a dearth of individuals who have both the relevant expertise and the interest in giving evidence.

Whilst West & Demouilpied will undoubtedly reduce the scope for the type of frequent challenge raised by paying parties, the cases raise further questions. The battle over ATE premiums is far from over. 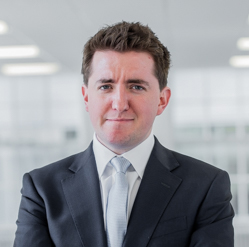