All is fair in love and law: Is there a duty to inform the opposing party of its mistakes?

Home > Media > Publications > All is fair in love and law: Is there a duty to inform the opposing party of its mistakes?

The recent decision of the Court of Appeal in Woodward v Phoenix Healthcare Distribution Ltd [2019] EWCA Civ 985 provides an important clarification as to whether lawyers have a duty to inform the opposing party of their mistakes when conducting litigation.

The claimant appealed against a decision which overturned an order made by Master Bowles to retrospectively validate service of the claim form under CPR r.6.15(2) on the defendant’s solicitors, who had not notified the claimant that they were authorised to accept service.

The claimant successfully applied for retrospective validation of service pursuant to the court’s discretion under CPR r.6.15(2). Master Bowles held that the defendant had an obligation to the Court under CPR r.1.3 to give effect to the overriding objectives rather than indulging in “technical game playing”. This decision was reversed by HHJ Hodge on appeal.

The Court of Appeal unanimously dismissed the appeal of HHJ Hodge’s decision. LJ Asplin made the following findings in her judgment:

The judgment is a reminder of the importance of ensuring absolute compliance with the rules on service, particularly where a limitation deadline is approaching. It is always a risk to rely on the Court to correct errors, even if the failure to comply appears to be merely technical. Prompt service of the claim form and particulars of claim will find favour with the Court as the claimant’s dilatory approach to service was an important factor in the Court’s decision.

The fact that there had been time for the defendant to warn the claimant of its error, unlike in Barton, did not impose a duty on the defendant to do so. The judgment, however, leaves the door ajar on this issue as LJ Asplin notes that: “the position may well be different if there is a substantial period before the expiry of the limitation period”.[3] 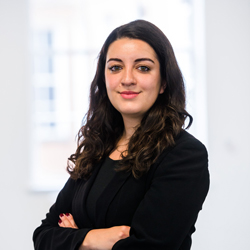