Mr Justice Jay explored the admissibility of evidence from medical statisticians as to life expectancy under CPR 35.1. The Court re-affirmed the principle that statistical evidence will be reasonably required only where the medical experts:

(i) cannot express a view on life expectancy;

(ii) expressly state that such input from a medical statistician is needed; or

(iii) disagree as to the application of available statistics.

This case is also a useful reminder to us all of the importance of prompt action by a party who is unhappy with a court direction. A party will be deemed to accept a direction if they do not appeal it within 14 days of the order being made and will be unable to revisit the issue by way of a later application unless circumstances have changed. (CPR29 PD6)

The burden will be on the party applying to show the change in circumstances.

At 28, the Claimant had acquired a traumatic brain injury and been rendered tetraplegic in an accident caused by the negligent driving of the Defendant. The case came before Master Eastman in July 2019 for case management. At that stage, it was common ground between the experts in neurology for each party that the Claimant’s injuries had significantly reduced his life expectancy. However, they disagreed as to the extent of the reduction, Dr Liu for the Claimant estimating that his life expectancy to be 30-35% of normal; Professor Collin for the Defendant adopting a figure of 30-44% of normal. There were also differences in the experts’ approach to available statistics. Whilst the range of figures adopted by each expert were not far apart and it was likely that the Claimant’s care costs would by awarded by way of a PPO, it was nonetheless accepted that the difference between the parties translated to a 7-figure sum. At the CMC before Master Eastman in July 2019, the Defendant’s application for permission to rely on a report, from medical statisticians on the issue of the Claimant’s life expectancy, was dismissed on the basis that neither party’s neurology expert deferred to evidence from a statistician to assist them in determining the Claimant’s life-expectancy and such evidence would not add to their existing analysis of the available statistics. The Defendant did not appeal.

At a hearing almost one year later, Mr Justice Jay considered the Defendant’s further application, dated 21st May 2020, to admit the evidence from the medical statisticians. By the date of the hearing of the application in June 2020, the neurology experts had revised their opinions as to the Claimant’s life expectancy, Dr Liu for the Claimant estimating the range to be 35-40% of normal; Professor Collin for the Defendant adopting a figure of 30-35% of normal.

The Defendant’s application was opposed by the Claimant on grounds that the Defendant had not appealed the dismissal of his first application and the circumstances had not changed sufficiently to justify the Court re-visiting the issue at this stage. A JSM was imminent and the trial of the action was to take place in October 2020, admission of the evidence at this late stage would jeopardise the trial date as the Claimant would need to review the statistics admitted which were, as yet, unpublished. 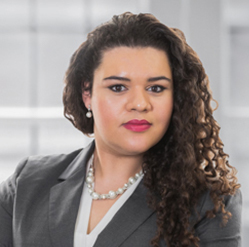