The Commonwealth Games must provide a legacy for the legal industry to join together in order to tackle the multiple challenges being faced by member nations, according to discussions at a recent two-day event.

The event opened with welcome messages from Andy Street, Mayor of the West Midlands, and Brian Speers, the President of CLA, and included a number of discussions, focusing on both localised and global challenges facing the legal community. Marlene Malahoo Forte QC, the Minister of Legal and Constitutional Affairs in Jamaica, gave a poignant address on the freedom of expression. Other discussions included the place of law in sport, which focused on the challenges facing the organisers of the Commonwealth Games.

Insight into the governance of sport in Bangladesh was also provided, as well as a session on child abuse and exploitation. The overall message from the event, which was hosted by Birmingham Law Society, Commonwealth Lawyers Association (CLA) and University of Birmingham, was a need for joined up thinking across the Commonwealth.

Tony McDaid, Vice President of the Birmingham Law Society, and CEO and Director of Clerking at No5 Barristers’ Chambers, said: “This event shone an important spotlight on the intricate challenges facing members of the Commonwealth and the sporting legal community. A number of international delegates from across the Commonwealth, including New Zealand, Bangladesh and Jamaica, were in attendance, sharing experiences faced across the world.”

Founded in 1818, Birmingham Law Society is the largest regional society of its kind, representing more than 5000 legal professionals across Birmingham and the Greater Midlands. The conference supported the charity, It’s a Penalty. The charity exists to end abuse, exploitation and human trafficking on a global scale. A ‘Win a Diamond’ raffle and silent auction held during the mid-conference dinner raised over £3000.

Tony McDaid added: “The topics explored highlight the importance of joined up thinking across territories. The conference's aim was to prompt new conversations that inspire the legal sector to focus on driving change through a collaborative approach.” 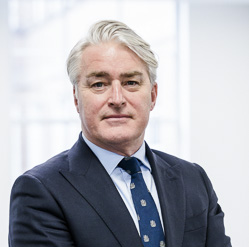 Preservation is Key Guiding Principles on obtaining a Search Order
Maria Mulla discussed the guiding principles behind obtaining a search order and why they are necessary in some cases. Maria also talked through some practical examples....