A leading Birmingham barrister fears a lack of awareness about the use of child arbitration during family break-ups means that people do not always have it as an option at such a stressful time in their lives.

Michele Friel, of No5 Barristers’ Chambers, is the only arbitrator in the West Midlands for the Child Arbitration Scheme.

The Child Arbitration Scheme provides parents with greater autonomy and control over their dispute and gives a more cost-effective route to a binding resolution without going through the courts.

Michele said: "The scheme has been running for some time now but there still seems to be a lack of awareness that this is a real alternative option to court proceedings.

"I realise that people want the certainty and security of a court ruling, but an arbitrator can make a binding ruling which can then be turned into a court order by a Judge.”

Child Arbitration can cover such matters as school placement and education issues, relocation of a child within England and Wales, where a child should be living, including shared living arrangements, visiting arrangements and time spent with a non-residential parent, issues for grandparents and extended family, names changes and any issue between parents or other persons holding parental responsibility or of sufficient interest in a child’s present or future welfare and disputes concerning routine and non-life threatening medical treatment.

Michele added: "There are many benefits to child arbitration, as it is totally confidential and is held in private, at a venue chosen by the parties, which means people do not have to sit in court, affording greater privacy, especially for someone well known.”

Michele is trying to expand awareness of the scheme by visiting solicitors and meeting with local groups.

She added: "Families can avoid the expense and stress of several court hearings, as there is one hearing with a specialist who will make a good, sound decision. It is a real way forward.”

The Child Arbitration Scheme is administered and run by the Institute of Family Law Arbitrators, which was formed in 2012, initially only allowing arbitrations in financial remedy cases. In July 2016, the scheme was extended to allow arbitrations in private children work. 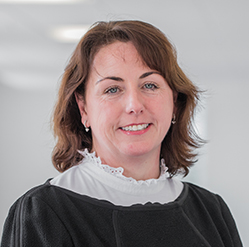 
Date: Wed, 06 Apr 2022
Helen Arthur and Adreeja Chatterjee Appointed as Recorders
No5 are delighted to announce that Helen Arthur and Adreeja Chatterjee have been appointed by the Queen as Recorders on the advice of the Lord Chancellor, The Right Honourable Dominic Raab MP, and the Lord Chief Justice of England and Wales, The Right Honourable The Lord Burnett of Maldon....