Michelle Heeley QC and Antonie Muller, both of No5 Barristers’ Chambers, have opened the prosecution in a trial which sees five people accused of using drones to smuggle drugs and mobile phones to prisoners.

Deakin, of Boundry Hill, Dudley, who is alleged to have driven the drone pilot, Hadlington, of Clay Lane, Oldbury, Rattray, of Attingham Drive, Dudley and serving prisoners Anslow and Ferguson, both of Boundary Hill, Dudley, deny charges involving conspiracy to convey and supply class A drugs, mobile phones and sim cards into prisons.

The accused are alleged to have brought drugs, mobile phones and sim cards into jails between April 2016 and June 2017. They are also charged with supplying psychoactive substances, such as Mamba and Spice, into British jails between May and June 2017.

The group was allegedly seen using drones to deliver the items to cell windows where they were retrieved by inmates using sticks with hooks, the trial heard.

The court heard that the main conspirators were allegedly Anslow, a prisoner co-ordinating the deliveries, and Brandon Smith, 24, of Kingstanding Road, Tipton, on the outside, who acted as the pilot. Smith, 24, from Tipton, has already pleaded guilty.

Michelle Heeley QC said the prosecution would show how the defendants were "inter-linked”.

The trial continues and is estimated to last six weeks. To read more about the case follow this link https://www.birminghammail.co.uk/news/midlands-news/gang-used-drones-deliver-drugs-15092491#ICID=ios_BMNewsApp_AppShare_Click_MailShare

It is the second case involving the supply of drugs to prisoners using drones where Michelle Heeley QC and Antonie Muller have acted for the prosecution. 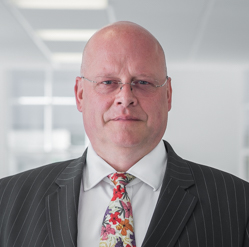