The case involved the prosecution of a 17 year old and two 20 year old youths for the attempted murder of a 13 year old boy. The prosecution argued that the defendants were part of a renowned gang from the Hockley area of Birmingham. The defendants encountered the boy, and his two colleagues, as they crossed what the defendants regarded as the border of “their” territory.Upon seeing the group the defendants along with two other youths jumped out of the stolen vehicle they were driving and chased the boys into an underpass.

The 17 year old was armed with a homemade “slam gun” which had been created to allow it to discharge shotgun cartridges with lethal effect. The 13 year old boy was shot through the back causing a catastrophic injury to his spinal cord which rendered him paraplegic. The defendants fled the scene and discarded the weapon in the garden of the home of one of their grandmothers. The police recovered the “slam gun” and a pistol from the grandmother’s garden a few days later.

The case involved complex legal arguments about the admissibility of gang evidence and bad character. The prosecution also relied upon a series of expert witnesses which included cell site, ballistics, imagery analysis, CCTV and DNA evidence. 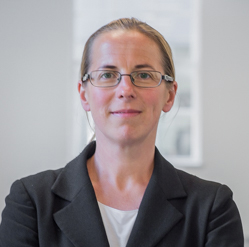