In addition to raising questions about the reactiveness of the CPRC to issues when they arise (covered by Alex Mellis here), Ho v Adelekun raises important issues in relation to QOCS which are further considered by Thomas Beasley in this article.

In Ho (Respondent) v Adelekun (Appellant) [2021] UKSC 43 the Supreme Court held that the Defendant, Ms Ho, could not set-off her liability for costs to the Claimant, Ms Akelekum, against the costs order made in her favour, under the QOCS regime.

The case concerned a personal injury claim that arose out of a road traffic accident.

After proceedings had been issued, the Defendant’s solicitors made a Part 36 offer to pay £30,000 in damages and to pay the Claimant’s costs “in accordance with Part 36 rule 13”.

Subsequently, a dispute arose as to the correct amount of costs payable. The Defendant argued that the costs were limited to the fixed costs recoverable under CPR Pt. 45 Section IIIA, whereas the Claimant argued that costs should be assessed on the standard basis as this was what had been offered in the Part 36 offer. The difference between these two calculations was considerable, with the two sums being £16,700 and £42,000 respectively.

The above matter was eventually determined by the Court of Appeal, where it was held that only the fixed recoverable costs were payable. The Court of Appeal awarded the Defendant her costs in respect of these proceedings, which totalled £48,600.

In light of the fact that the Claimant’s claim for damages included a claim for personal injury, it was accepted by the parties that QOCS applied. Further, it was agreed that because the claim concluded by way of acceptance of a Part 36 offer, there was no “order for damages” made for the purposes of the QOCS regime.

The Defendant accepted that she had to pay the Claimant’s damages and interest in the sum of £30,000.

Consequently, the issue before the Supreme Court was as follows: was the Defendant entitled to set-off the £16,700 owed to the Claimant in respect of costs against the £48,600 costs order made in her favour?

The Judgment was delivered by Lord Briggs and Lady Rose, with whom Lady Arden, Lord Kitchin and Lord Burrows agreed.

The Court noted that this matter had come before the Supreme Court as there was disagreement on the point between two differently constituted Courts of Appeal. In Howe v Motor Insurers’ Bureau [2020] Costs LR 297, which was decided in 2017, it had been determined that opposing costs orders were not affected by QOCS, essentially because set-off is not a type of enforcement. The Court of Appeal in the present case, who heard the matter in April 2020, were inclined to take a different view, but ultimately concluded they were bound by the decision in Howe.

One significant preliminary point to note is that whilst the Court was invited to consider the policy ramifications of either interpretation, the Court stressed that was a job for the CPRC and not the Court. Consequently, rather than focusing on policy considerations, the Judgment focused on the correct interpretation of the wording of CPR Pt. 44.14.

(2) Orders for costs made against a claimant may only be enforced after the proceedings have been concluded and the costs have been assessed or agreed.

(3) An order for costs which is enforced only to the extent permitted by paragraph (1) shall not be treated as an unsatisfied or outstanding judgment for the purposes of any court record.”

In the course of the appeal, the Defendant also placed reliance upon CPR Pt. 44.12, which allows opposing costs orders to be set-off against one another.

The Court noted that the following points became ‘common ground’ during the hearing:

(1)  “The QOCS regime does not in terms prevent a trial judge from making a single, one way, costs order which is the result of adjusting in the judge’s mind the appropriate costs order in the light of the parties’ respective successes or failures on different issues in the litigation. This is because QOCS does not seek to constrain the court from making costs orders, but merely the use which defendants can make of costs orders in their favour” ([32]).

(3)  “Rule 44.14 does not in terms operate as a total ban of set-off of opposing costs orders. It just imposes a monetary cap. It does so by requiring the monetary value of any set-off by the defendant to be brought into account against the monetary amount of the claimant’s orders for damages and interest. That will amount to a ban only if there are no orders for damages or interest (as in the present case) or if the aggregate amount of damages and interest has already been used up by other means of enforcement” ([34]).

The Court did not accept the Claimant’s submission that QOCS is a complete costs code that wholly excludes set-off of costs against costs under CPR Pt. 44.12 ([37] and [43]). However, the Court did accept that QOCS “is intended to be a complete code about what a defendant in a PI case can do with costs orders obtained against the claimant, ie about the use which the defendant can make of them. The defendant can recover the costs ordered, by any means available, including set-off against an opposing costs order, but only up to the monetary amount of the claimant’s orders for damages and interest” ([37]).

The heart of the case turned on the Court’s analysis of the Defendant’s main submission; that the only costs that were subject to the rule in CPR Pt. 44.14(1) were “the net costs liability (if any) of the claimant to the defendant after all opposing costs orders had been netted off. If this was, by concession, what the judge could do by way of mentally adjusting the amount or percentage of a single costs order in one party’s favour at the end of a trial, why should QOCS be any more restrictive, merely because opposing costs orders were made at different times during the litigation?” ([36]).

The Court then provided the following analysis:

(2) The language of CPR Pt. 44.14(1) focused on the “aggregate” of the Defendant’s costs orders and did not focus on the “net amount arrived at by netting off opposing costs orders and striking a net balance…the aggregate expressly referred to is a gross not a net amount” ([41]).

(3) CPR Pt. 44.14(3) prohibits the unenforced part of a costs order from being registered as an unsatisfied or outstanding judgment. “That would act to the detriment of the claimant’s credit rating, such that the threat of it would otherwise be an incentive towards payment, and therefore a prohibited form of enforcement. This suggests a wide contextual meaning of enforcement. The concept of the judgment for costs being partly unsatisfied because of the impact of the cap in sub-rule (1) would be very odd if set-off were not a kind of enforcement for this purpose” ([42]).

Consequently, the Court rejected the Defendant’s submission “that it is only the net costs entitlement that has to be brought into account under rule 44.12(1)” ([43]).

The Court acknowledged that their conclusion might lead to results which at first blush appeared “counterintuitive and unfair”, but the Court stated that this was a result of the true construction of the wording used in CPR Pt. 44. 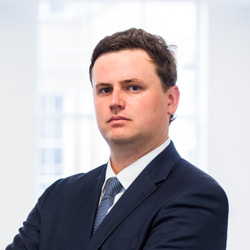