Substantial Injustice: They’ll ‘Know It When They See It’

Home > Media > News > Substantial Injustice: They’ll ‘Know It When They See It’

Knowles J has allowed the appeal in Woodger v Hallas [2022] EWHC 1561, reversing the first instance decision not to dismiss a fundamentally dishonest claim under Section 57(2) of the Criminal Justice and Courts Act 2015 (‘the CJCA 2015’).

However, the Judge at first instance did not dismiss the claim under Section 57(2) on the grounds that it would be unjust to dismiss the whole claim, citing that there were genuine elements to the claim and parts of the claim which were brought on behalf of innocent parties (namely past care claims).

Instead, the lower court dismissed all aspects of the claim based upon lack of earning capacity but allowed the remainder of the claim.

The following key points were noted:

Accordingly, on appeal, the entire claim was dismissed. 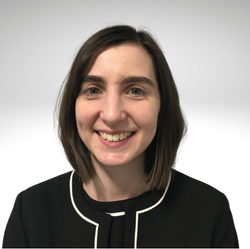 
Date: Tue, 24 May 2022
Fundamental Dishonesty; The power in a question?
As is often the case, any genuine claimant is going to have inconsistencies in account where there are various different points over a course of years that they are asked to give an account of symptoms...