A No5 barrister has seen a case he prosecuted in 2015 end with a huge confiscation order this year as three brothers were held liable for £1.3m in criminal property and ordered to give up all their assets or face more time in jail.

Steven Bailey was part of the prosecution team – originally led by Michael Duck QC, also of No5 – in a huge £4 million heroin smuggling trial involving seven men. The drugs were concealed in packages shipped from Pakistan, including consignments of children’s clothing. In 2016, the group were jailed for a combined total of almost 70 years.

Among them was Sakander Riaz, formerly of Belchers Lane in Bordesley Green, who was jailed for 13-and-a-half years in 2016.  His appeal against this sentence – opposed by Mr Bailey for the prosecution – was later refused by the Court of Appeal.

Riaz’s brothers - Asif and Saqib – were then jailed for five and four years respectively in March 2018 for money laundering, after police found they had passed criminal profits through their bank accounts.

The Birmingham trio channelled drugs money into family bank accounts which they used to buy luxury cars with personalised number plates, build an overseas villa, pay off a mortgage and upgrade the family home.

The three brothers were found to have benefited from their criminal behaviour to the tune of over £1.3 million.  They were ordered to pay nearly £400,000 – more than the total assets they claimed to own – within three months, or Sakander, Asif and Saqib would spend an extra 36, 18 and four months behind bars. The rest of the debt remains with them for life and police can seize any cash or assets they accrue in the future.

It is believed that this was one of the biggest, if not the biggest, confiscation orders made in the Midlands in the past year.

For more information about the case visit: https://www.birminghammail.co.uk/news/midlands-news/property-portfolios-stacks-cash-motorbikes-16283149

Steven Bailey is a member of the crime group at No5 Barristers’ Chambers. To view his profile visit: https://www.no5.com/people/barristers/steven-bailey/ 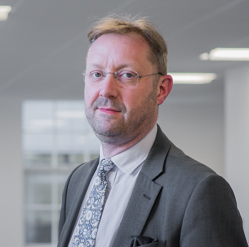 
Date: Thu, 04 Mar 2021
Philip Vollans successfully awarded the Pegasus Scholarship to India
We are proud to announce that Philip Vollans has been successfully awarded the Pegasus Scholarship to India by the Honourable Society of the Inner Temple. The Scholarship is supported by the Kapila Hingorani Foundation, which supports Barristers in developing their practice and understanding of Criminal and Human Rights law within other international jurisdictions....