Smith v. SoS for Levelling Up, Housing and Communities

The case concerned a planning inspector’s reliance on the new definition of Gypsies and Travellers in Planning Policy for Traveller Sites introduced by the government in August 2015. The previous definition had been:

“Persons of nomadic habit of life whatever their race or origin, including such persons who on grounds only of their own or their family’s or dependants’ education or health needs or old age have ceased to travel temporarily or permanently, but excluding members of an organised group of travelling show people or circus people travelling together as such.”

The new definition deleted “or permanently”.

The SoS accepted that this indirectly discriminated against elderly and disabled Gypsies and Travellers, but argued that the discrimination was justified. The High Court agreed. In a unanimous judgment, a three-judge Court of Appeal (Sir Keith Lindblom, Holroyde LJ and Coulson LJ) rejected this. Their judgment included:

“52… In cases where indirect discrimination is admitted, what becomes critical is whether or not it can be justified. … the burden was on the Secretary of State to demonstrate the necessary justification.”

“63… There are four interveners, all of whom are groups representing Gypsies and Travellers. Their submissions before the judge, now consolidated in the single skeleton argument on appeal prepared by Mr David Wolfe KC, Mr Owen Greenhall and Mr Tim Jones, concentrated on particular elements of the traditional lifestyle of Gypsies and Travellers. Thus, in their submissions to this court, the interveners dealt … with the importance of living in caravans to the ethnic identity of Gypsies. As they summarised the position … “the cultural aversion to bricks and mortar accommodation that many Gypsies and Travellers have is not dependent on whether they travel for economic purposes. Those submissions go on to support Ms Smith’s appeal on ground 2.”

“66… Accordingly, we agree …: the nature of the discrimination before the judge was the negative impact on those Gypsies and Travellers who had permanently ceased to travel due to old age or illness, but who lived or wanted to live in a caravan. This discrimination was inextricably linked to their ethnic identity.”

“96… In looking at the legitimate aim of a policy with a view to justifying it,  mere perception is no substitute for substantive evidence. In a case where indirect discrimination is admitted, it would not be possible to say that the discrimination was the result of a legitimate aim if such an objective was based solely on an unexplained or unfounded “perception”. Such “perception” may be erroneous or misconceived. But in any event, without some identifiable basis in fact, it is not a proper foundation for a legitimate policy objective.”

“139 … We have concluded that, in its application to Ms Smith’s appeal before the inspector, the effect of the relevant exclusion was – as the Secretary of State has conceded – discriminatory, and that, on the evidence before the court in these proceedings, there was no proper justification for that discrimination…”

The Court allowed the appeal, quashed the inspector’s decision and remitted the  case to the Secretary of State for redetermination. 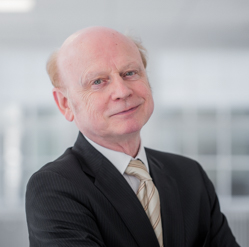 
Date: Fri, 25 Nov 2022
No5’s Planning expertise recognised in annual survey
No5 Barristers’ Chambers has again made a strong showing in Planning Resource’s Annual Planning Law Survey which was published on 24 June 2022. A total of 11 members of the Planning Group appear in the lists citing the most respected planning barristers in the country....