On 5th May 2021, following a 3-week trial at Birmingham Crown Court, the defendant (EJ) was convicted of raping, sexually assaulting and falsely imprisoning prostitutes in the Ladywood area of Birmingham.  The case was prosecuted by Phil Bradley QC and Sharon Bahia.

In opening the case, Phil Bradley QC told the jury, “This was a one-man campaign of sexual violence against street workers in the Ladywood area of this city between March 2019 and January 2020 last year.  Five separate women will tell you about attacks upon them by a man who was intent on taking sex from them without payment and was perfectly prepared to inflict violence to get it”.

As well as being prostitutes, all five women were drug addicts living chaotic lives. They were all initially reluctant to complain – whether because of the effects of addiction, a reluctance to admit the nature of their work or fear that they would not be believed because they engaged in work that exposed them to risk. The defendant exploited their vulnerability, targeting them in the dead of night and sometimes attacking the same victim for a second time on a different night.  On all but one occasion, he approached them on a mountain bike. On three occasions, he used a bike lock or chain to beat his victim.

The defendant claimed to be a virgin and never to have used prostitutes. Three of the women identified him as being their attacker in controlled procedures. A sixth woman came forward with tissue that contained his DNA.  After two days’ deliberation, a jury returned guilty verdicts on five counts of Rape, one count of Attempted Rape, two counts of Committing an Offence with Intent to Commit a Sexual Offence, one count of having an Offensive Weapon and a single count of Assaulting an Emergency Worker.

He will be sentenced at Birmingham Crown Court on 11th June. 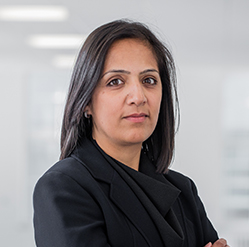