Planning permission had been refused on three grounds: half the site lay outside the settlement boundary as confirmed in a very recently adopted local plan, there was insufficient evidence that an adequate surface water drainage solution could be found, and landscape and visual harm. As regards the “in-principle” objection, the council argued that it had a 5 year housing land supply and that the most important policies in the plan for determining the application were up to date.

The case is interesting in that it illustrates how the new Rosewell procedure is working in practice, as well as showing the importance of fashioning arguments that are tailored to the precise wording of development plan policies and local circumstances, rather than seeking simply to rely on lack of 5YHLS and/or the tilted balance in para. 11 of the NPPF. Although the inspector found that there was not a 5YHLS and the tilted balance was engaged, this was not at the forefront of his reasons for granting permission.

As regards the process, the inspector was very keen from the CMC onwards that as much of the evidence as possible should be heard by way of round-table, and this was the procedure adopted for addressing 5-YHLS and landscape and visual impact matters. There were some points of principle dividing the parties on the approach that should be taken in deciding the relevant housing target, and although the parties were keen for these to be the subject of cross-examination, the inspector made it clear at the end of the round-table that these points had been adequately canvassed and he would not be assisted by cross-examination. If the parties had anything further to add on this they could do so in closing submissions.

The round-table sessions worked remarkably well, and were efficient, mainly because the parties worked hard by agreeing detailed Statements of Common Ground on the matters in dispute. These recorded not only the matters of agreement, but framed the issues in dispute in a clear and concise manner. In my experience, these detailed SoCG work best if they are agreed before proofs of evidence are exchanged, and if they are then further refined by being converted into Scott-schedules post-exchange of evidence. This is increasingly what inspectors are demanding, and it is very much in the interests of the parties themselves to take charge of the situation and tell the inspector precisely what it is that they disagree about so that the agenda for the roundtable can focus on these issues.

In keeping with my experience at other Rosewell inquiries, the inspector was keen that the Appellant address issues raised by the local community by calling relevant experts so that members of the public could put their concerns to them in person. This meant that even though the LPA dropped its objection related to surface drainage before the start of the inquiry, the appellant fielded a drainage expert. As is often the case, traffic impact was a matter of particular concern for the local community, and the inspector was clear that the Appellant should have its highway consultant present at the inquiry. These two topics were dealt with at the outset of the inquiry, with each of these experts giving a brief presentation in which they addressed the written objections that had been received, followed by a session where members of the public were able to question the experts.

A combination of the roundtable approach and a focused and efficient way of addressing third party concerns meant that the evidence and closing submissions were concluded within 3 days, even though a total of 7 professional witnesses gave evidence at the inquiry.

Applying the Development Plan as a Whole

Having found that the proposed development would not have an unacceptable impact on landscape and visual resources, but that the site lay outside the settlement boundary and was in this regard contrary to the development plan, the inspector addressed firstly the question of whether the council could demonstrate a 5YHLS.

The LPA had argued that although the recently adopted local plan required a 20% buffer to be added to base housing requirement, this had been overtaken by the housing delivery test under the NPPF (which in this case meant that only 5% had to be added to the base requirement). In this regard, argued the LPA, the development plan was out of date. The Inspector rejected this argument. If the plan was out of date, he would be required to apply the “tilted balance” in any event, regardless of whether the LPA could demonstrate a 5YHLS. The plan inspector had provided clear reasons, specific to the plan in question, as to why the buffer should be set at 20%, and Inspector Stephens said there was no reason why primacy should not be given to the development plan. He also observed that as the local plan had adopted the Liverpool approach to meeting the shortfall, the LPA could not apply the NPPF as regards the buffer whilst choosing to apply the development plan approach to dealing with the shortfall.

More importantly, the inspector rejected the LPA’s argument that allowing the proposal would be contrary to the settlement hierarchy and what it said was the objective of the plan to balance homes and jobs in each settlement. He found that there was no such objective in the plan, and that the proposal accorded with the settlement hierarchy. Thus, aside from the conflict with the settlement boundary policy, the proposal accorded with the development plan. Further, he agreed with the Appellant that the most important policy in the plan for determining the application was a policy that allowed for development outside settlement limits if the number of dwelling completions across the plan area fell below 110% of the annualised dwelling requirement in any monitoring year. He found that there was a shortfall of dwelling completions against this target, and this, taken with the proposals conformity with the overall strategy of the plan, meant that the proposal in fact accorded with the development plan. To this he added the important material consideration that in the absence of the site being granted permission, there was little prospect of any housing coming forward in Great Torrington in the foreseeable future. 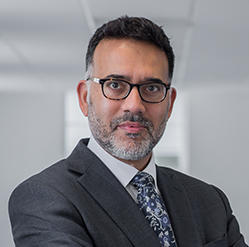