Two advocates from No5 Barristers’ Chambers secured the murder conviction of a teenager for the stabbing of a student outside a Birmingham College.

Michael Burrows QC and Tom Schofield prosecuted in the trial of 17-year-old Louai Ali, who stabbed Sidali Mohamed, 16, in the chest with a two-pronged knife.

The attack happened during a struggle at the gates of Joseph Chamberlain College, in Highgate, on February 13 this year. Mr Mohamed was also punched in the face, breaking his jaw.

Ali was given a life term, with a minimum of 19 years, following the trial at Birmingham Crown Court. He was also convicted of wounding with intent and unlawful wounding.

Ali, who was 16 at the time of the offence, had denied murder, two charges of wounding with intent, two of possessing a knife, threatening another with an offensive weapon and unlawful wounding.

Judge Mark Wall QC lifted reporting restrictions, which normally ban the media from naming defendants aged under 18, in the interests of ‘open justice’. He said it was in the public interest to identify Ali due to the serious nature of the offences.

During evidence, jurors were told Ali waited for Mr Mohamed, from Bordesley Green, Birmingham, to finish lessons at the sixth form college. Following the confrontation, Mr Mohamed collapsed at the scene and stopped breathing. He died in hospital two days later.

During the trial, Ali said the 10in zombie knife used to kill Mr Mohamed was bought for £50 through Instagram.

Mr Burrows QC told the court that security guard Yousaf Islam had tried to grab the knife during the incident but when he got back into the college had realised that he had been stabbed in the back. A student who tried to wrestle the knife off the defendant was also cut on his left thumb. 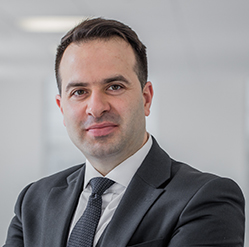