It has been announced that the decision to appoint Dr Tony Sewell as the Chair of the Government’s Commission on Race and Ethnic Disparities (“CRED”) faces a legal challenge. No5’s Michael Etienne has been instructed as part of the legal team acting on behalf of The Monitoring Group – one of the country’s longest-standing, community-led campaigning and advocacy organisations. He is instructed by senior solicitor Chez Cotton of Matthew Gold & Co solicitors, as junior counsel to Leslie Thomas QC of Garden Court Chambers.

The following press release has been issued on behalf of The Monitoring Group, via Matthew Gold & Co:

The Monitoring Group will challenge Boris Johnson’s decision to appoint Dr Tony Sewell as Chair of the Commission on Racial and Ethnic Disparities (CRED). The group has instructed senior solicitor Chez Cotton of civil rights firm Matthew Gold & Co. A Letter Before Action in the proposed judicial review challenge has been sent today (10/08/2020).

The Monitoring Group believes that Dr. Sewell’s long-standing record of public statements rejecting or minimising the overwhelming evidence that already exists about issues such as institutional racism in the criminal justice system or the impact of racism within the education system (for example) are incompatible with his appointment as the Chair of an independent commission. The fact that Dr. Sewell was moved to make an apology for his discriminatory remarks about the LGBT community on day one of his tenure serves only to underline the point. The initial response to Dr Sewell’s appointment demonstrates that we are not alone in our concerns.

At face value, given his publicly stated views, Dr. Sewell will not be viewed as an objective leader of commission that is expected to explain the real causes of racism and purportedly recommend positive changes. This appointment undermines the very purpose which we are told the Prime Minister seeks to achieve.

Appointments to the Commission are ultimately a matter for the Prime Minister. However, the Monitoring Group believes that Dr Sewell’s appointment indicates that the Prime Minister has failed to have due regard to the Public Sector Equality Duty.

Suresh Grover, Director of The Monitoring Group said, “We have thought hard about this challenge, it is not a decision that has been taken lightly. In the end, we cannot allow the struggles and gains that have made on race relations in the UK to be undermined, diminished or eradicated”.

Chez Cotton, acting for The Monitoring Group said, “On any view, this is a significant appointment at another critical juncture in the history of race relations and social inequality in this country. There is a clear public interest in making sure that whatever its substance, the Prime Minister has acted lawfully in making it.” 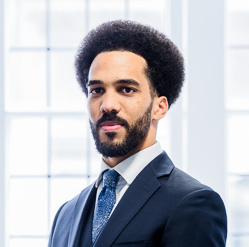