The former Chief Coroner, and Recorder of London, HHJ Lucraft QC has released a ‘Prevention of Future Deaths’ report following the inquest into deaths during terror attacks at the Fishmongers’ Hall in 2019.

A ‘Prevention of Future Deaths’ report (a ‘Regulation 28’ report) is not created in every inquest. It is only created following an inquest where the Coroner considers that there is a risk of future deaths occurring in circumstances revealed by the investigation.

The inquests into the deaths of Saskia Jones and Jack Merritt have revealed a catalogue of failings throughout the prison and Multi-Agency Public Protection Arrangement supervision system which ultimately allowed Usman Khan to commit his terrible attack. Following the jury’s damning conclusions, HHJ Lucraft QC received submissions from all those representing interested parties as to the changes they would wish to see implemented. That included submissions from Henry Pitchers QC, Philip Rule and Ramya Nagesh, instructed by Hodge Jones & Allen solicitors, who represented the family of Saskia Jones at the inquest.

A summary of the submissions made by Henry Pitchers QC, Philip Rule and Ramya Nagesh can be found here. These have been very largely upheld by the Coroner.

The state authority’s failings are numerous but not exclusive. Within his report, the Coroner encouraged those with relevant responsibilities within the University of Cambridge and the Learning Together programme to reflect on this tragic case. He observed that Usman Khan was a very dangerous man, who was recognised as such by the prison and probation authorities and by the police. However, as the jury found, many of those who dealt with him were unaware of the risk he posed or even chose not to consider it, preferring to accept his self-presentation as a reformed individual.

The Coroner’s very detailed report identifies a total of 22 areas for concern for response and appropriate action to be taken:

Rehabilitation and Education of Offenders and Ex-Offenders

The recommendations have been addressed to the following (as variously applicable):

Each body’s response must contain details of action taken or proposed to be taken with a timetable for action (or it must explain why no action is proposed).

Henry Pitchers QC, Philip Rule and Ramya Nagesh welcome the numerous recommendations made in this report. They sincerely hope that these issues will be addressed, and future tragic loss of lives such as Saskia’s might be avoided.

The full copy of the ‘Prevention of Future Deaths’ report can be accessed here: 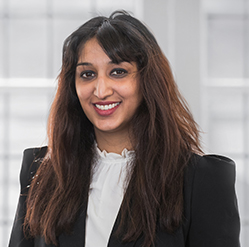 Humane Being challenge in High Court today. No5's Philip Rule acts on behalf of the claimant
The Administrative Court shall today hear a permission application for a judicial review of the alleged failure of the Secretary of State to discharge his fundamental duty to protect life, public health and safety through the duties...