“I feel the need.”, as Tom Cruise once declared, “the need for speed.” It would appear that fighter pilots (or actors) are not the only ones who might benefit from this guidance. The judgment of the Court of Appeal in the recent case of Planon Limited v Gilligan is a cautionary reminder to employers that delay and the passage of time can defeat their prospects of obtaining injunctive relief.

The employer in this case, Planon Limited, was a software developer which brought proceedings against its former account manager for breach of several restrictive covenants after he resigned and found new employment with a competitor. The non-compete covenant forbade him from involving himself ‘in any capacity with any business concern’ which was in competition with any part of the business with which he was materially involved in the six months before the termination of his employment. Planon sought an interim injunction in respect of the non-compete in the High Court and then appealed to the Court of Appeal after its application was refused.

In deciding where the balance of convenience lay, the Judge in the High Court undertook a preliminary assessment of Planon’s likely prospects of success at trial and found that that the non-compete covenant was likely to be unenforceable. The Court of Appeal scrutinised the Judge’s legal analysis and found that it was not clear that he had applied the correct test, namely, whether the covenant was no wider than was reasonably necessary for the protection of the employer’s legitimate interests (the 3rd limb of the test established in TFS Derivatives v Morgan [2005] IRLR 246).

It is notable that the Court of Appeal found that there is no rule to the effect that damages would be an adequate remedy for the employee. Restraining an employee from taking up new employment for many months may well cause damage that cannot be compensated in money alone.

Furthermore, the Court found that the principle set out in Doherty v Allman (1878) 3 App Cas 709, that if a negative covenant was valid an injunction should normally be granted to enforce it, is of limited application at the interlocutory stage when the Court is determining where in its discretion the balance of convenience lies.

By the date of the appeal hearing, the employee had been in his new post for roughly seven months. The period of the restriction had only four months left to run. The Court found that these were “very weighty factors” in deciding whether it would be appropriate to grant the injunction at the appeal stage. The balance of convenience pointed firmly away from granting the injunction as a result. The appeal was accordingly dismissed.

The judgment now stands as a reminder that when it comes to applications for interim relief, it is a case of more haste, more speed.

Tim Sheppard and Oliver Lawrence appeared on behalf of the Respondent in the appeal, instructed by Keelys LLP.

A copy of the judgment can be found here: 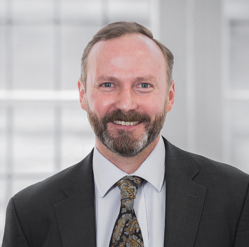