No5 Barristers, David Gardner and Nabila Mallick, have obtained permission to apply for judicial review in the case of R (DK) v Secretary of State for the Home Department (CO/4585/2020). They are instructed by Debbie Health of Instalaw Solicitors. The case challenges the adequacy of the accommodation which is provided under s.95 and s.4 of the Immigration Act 1999 (“the 1999 Act”) to pregnant / new mother asylum seekers.

The accommodation provided to the Claimant in DK was provided by the Secretary of State under s.4 of the 1999 Act. The Claimant was provided with a room in a hostel which was infested with cockroaches, was unhygienic, unclean, lacked privacy, had a single bathroom shared by 9 families, and provided meals which did not take into account the nutritional needs of pregnant mothers. After pre-action correspondence the Secretary of State maintained that the accommodation was adequate for the Claimant and a claim was issued.
Permission was granted by Mr Justice Martin Spencer on 21 December 2020. The learned Judge granted permission to bring the claim on five grounds:

1) That the accommodation which was provided to the Claimant was not adequate within the terms of the 1999 Act and thus was unlawful;

2) That the system by which the Secretary of State arranges accommodation, as set out in Healthcare Needs and Pregnancy Dispersal Guidance (v3.0) or otherwise, presents an unacceptable risk of unfairness and thus is unlawful;

3) The accommodation provided to the Claimant breaches article 3 of the European Convention on Human Rights 1950;

There are a number of other claims being brought on identical or similar grounds by David, Nabila, and Debbie. Other claims may bring further and wider grounds.

It is anticipated that there are large numbers of similar cases / experiences in existence, which if brought before the Court would lend weight to the point that the failures of the Secretary of State amount to a systemic issue. Practitioners and charities are encouraged to contact David Gardner, Nabila Mallick, or Debbie (debbie.heath@instalaw.co.uk) for further information or if you have a similar issue / claim. 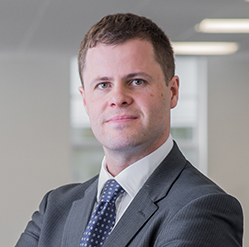