More than just the usual successful claim for removal of a problem executor!

This autumn HHJ Paul Mathews, sitting as a Judge of the High Court, handed down a series of decisions relating to the removal of an executor and trustee. The case concerned a long running battle between some of the residuary beneficiaries of the will of Clive McDonald (deceased) (represented by Ashfords LLP and Louise Corfield of No5 Chambers) and a lay executor, Timothy McDonald, who appeared as a Litigant in Person throughout.

The three reported decision each provide (as is often the case with Judgments of HHJ Paul Mathews) helpful summaries of the legal principles and relevant authorities on three subjects:

Pegler v McDonald [2022] EWHC 2405 (Ch) reviewed the relevant authorities for removal of an executor. The Claimants sought the removal of the First Defendant under s50 Trustee Act 2000 and/or s116 Senior Courts Act 1981, as the application to remove was being made prior to a grant of probate having been made.

At paragraphs 12 to 20 of the Judgment HHJ Matthews summarises the key authorities in this area.

The s116 jurisdiction is straightforward; there must be special circumstances making it at least expedient to appoint someone to administer the estate who is not the person who would otherwise do so (see s116 itself and A-B v Dobbs [2010] WTLR 931).

In relation to s50 the test is as set out in Letterstedt v Broers (1884) 9 App Cas 371 (held to be applicable to executors as well as trustees in The Thomas and Agnes Carvel Foundation v Carvel [2008] Ch 395). HHJ Matthews commented that Chief Master March had summarised the modern position in Harris v Earwicker [2015] EWHC 1915 (Ch), quoting from that case at length in paragraph 18 of his Judgment. By way of further summary, the test is accordingly:

In Pegler the case for removal was stark and the findings of the Court uncompromising:

The Court was critical of “his inability to accept the authority of the court where he thinks it has gone wrong … buttressed by his constant reference in correspondence to having once won the law prize of the Ontario Institute of Chartered Accountants”.

Pegler v McDonald [2022] EWHC 2505 (Ch) provides both a useful summary of the general principles as to when/whether an estate or trust should pay the costs of parties to litigation, and also specific consideration of inter-defendant cost orders in trust/estate litigation.

As to the general principles the Court summarised [paragraphs 8-11] that;

The Claimants asked the Court to go further and Order that the First Defendant (the lay executor who had resisted his removal) should pay not only their costs (which were straightforwardly ordered following the general rule that costs follow the event) but also the costs of another Defendant, who had been a necessary party to the proceedings. This Defendant was a professional executor, who had been willing to stand down by consent. She had done so at an interlocutory hearing, and as such her costs had been dealt with at that stage, prior to the findings that the First Defendant should be removed and therefore any ability to attribute ‘fault’ for the proceedings. The Claimants, post judgment, asked the Court to revisit the issue of her costs, and find that the First Defendant should pay them, rather than them coming from the estate (to be paid for ultimately by the residuary beneficiaries) in accordance with her indemnity.

The Court held that there was a wide chancery jurisdiction to order that one defendant pay another defendant’s costs. The order being sought was akin to the result in Child v Stenning (1879) Ch D 82,CA in which a party was ordered to pay to another party the costs of a third because the paying party has by his or her wrong caused the litigation. It was accepted in Pegler v McDonald that had the First Defendant not behaved unreasonably (in refusing to stand down) the litigation would never have been needed, and therefore neither the Claimants’ nor the other defendant’s costs would have been incurred. His actions would cause loss to the residuary beneficiaries, who would ultimately bear the costs of the professional executor unless those were paid by the First Defendant. The Court therefore held that the First Defendant should pay the Second Defendant’s costs.

The Court found that this result could also be achieved by alternative reasoning, namely that s51 Senior Courts Act 1981 allows the Court full power to determine by whom and to what extent costs are to be paid. This discretion can extend even to the payment of costs by a non-party (see Aiden Shipping Ltd v Interbulk Ltd [1986] AC 965). The Judge took the view that whilst the matter had been determined in two stages (removal of the Second Defendant followed by removal of the First) it might have been resolved at a single trial. The appropriate costs order in those circumstances would have been for the First Defendant to pay all the costs, and the resolution of the issues in separate stages should prevent the Court from determining that he should have to pay all of the costs, including those of the other defendant.

The Claimants were beneficiaries of the Estate and so had no statutory right to an indemnity from the Estate. The issue of the Claimants’ costs fell squarely into a second class Buckton case; in which they had brought proceedings that could have been brought by a personal representative and succeeded, such that they should have their costs from the Estate. However, the Court found that the Claimants’ costs should only be paid from the estate to the extent that they were not paid (for any reason) by the Defendant. The general rule as to costs should apply in the first instance; the Claimants had brought a claim and succeeded, and the First Defendant should pay their costs.

The Court further ordered that the legacy given to the First Defendant by the deceased’s will should be set off against the liability for costs owed to the Claimants.

…it perhaps goes without saying based on the foregoing that the First Defendant was not entitled to be indemnified out of the estate in respect of his own costs or the cost orders made against him!

Pegler v McDonald [2022] EWHC 2069 (Ch) saw the dismissal of two interlocutory applications by the First Defendant and the making of an extended CRO against him, demonstrating that he was more than just the usual difficult executor seeking to hold onto their position determinedly and ill-advisedly.

The CRO regime is governed by CPR 3.11 and Practice Direction 3C. CPR 3.3(7), 3.4(6) and 23.12, demand that where a statement of case or application is struck out or dismissed as totally without merit, the court order doing so must specify that and the court must then consider whether to make a CRO.

There are three kinds of CRO:

The purpose behind the CRO jurisdiction is to prevent litigants who make claims or applications which have no merit from harming the administration of justice by consuming public funds and diverting the courts from dealing with cases which have real merit. There is a strong public interest in protecting the Court system from abuse (see Nowak v The Nursing and Midwifery Council [2013] EWHC 1932 (QB)).

The CRO regime does not prevent the subject of the CRO from accessing justice, but requires a person who has repeatedly made wholly unmeritorious claims/applications to have any new claim/application within the scope of the order to be reviewed by a judge at its outset.

The Decision to make an extended CRO against Timothy McDonald

By the date of HHJ Paul Matthews’ consideration as to whether to make a CRO against Mr McDonald, he had made the following claims/applications which has been judged as totally without merit:

On that basis the Judge considered that he was compelled to consider whether to make an ECRO in this case (there having been ‘persistent’/more than three totally without merit findings made) and if so, of which kind and for how long.

The Judge found that although Mr McDonald was well meaning, in the sense that the Judge had no doubt that he “sincerely believes in the rightness of his cause”, the problem is that “he does not take no for an answer”. Mr McDonald’s conduct in making the hopeless appeal, complaining to the judges (both DJ Watkins and Zacaroli J) about the orders they had made, asking the Court to investigate allegations of contempt of court (despite being told it cannot) and asking Court staff for advice as to how to challenge court fees (despite that not being their role), was found to be time-consuming and labour intensive for court staff and the judiciary involved. Accordingly, a CRO was deemed appropriate, and the case considered too serious for a limited order. An extended CRO was made, to apply in both the High Court and the County Court.

Notably, when making the order for an extended CRO the Court expressly stated that the selection of a period of 2 years was in anticipation that the administration of the estate would be completed in that time. The parties were reminded that such orders can be renewed if it is appropriate to do so, effectively inviting the Claimants to seek such an extension/renewal if the administration is not completed before the CRO expires and Mr McDonald is still actively engaged in interfering with it! 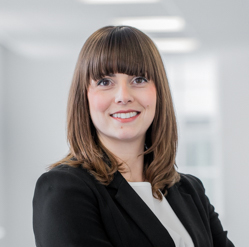 “Down the slope towards insolvency and liquidation”: what duties do directors owe to creditors?
Since the case of West Mercia Safetywear v Dodd, English law has acknowledged a duty upon directors to account for creditors’ interests (‘the Creditor Duty’)...