Chris Bright QC and Karl Hirst of No5 have successfully defended Caine Ellis and his mother Violet against allegations of negligence arising from a road traffic accident on 20 September 2008. Caine, then 8 years of age, suffered a catastrophic brain injury when, having become separated from his cousins whilst out playing, he unfortunately ran into Gospel Lane, Acocks Green, Birmingham near a pedestrian crossing and was knocked down by a car driven at more than twice the safe speed for the location of 20 mph.

Handing down her judgment at the Royal Courts of Justice yesterday, Mrs Justice Amanda Yip DBE paved the way for Caine to receive multi-million pound damages at a later date on a full 100% basis. Following a trial, she rejected the Defendant insurers’ arguments that, having received road safety instruction, even at his young age Caine should be held partially responsible.

In her judgment she stated "This was an 8-year-old boy, trying to cross the zebra crossing, who encountered a speeding car whose driver just been warned he might hit someone…. I find that this was a case of momentary misjudgement on Caine's part balanced against reckless conduct on the part of the Defendant, whose driving was outside Caine's expectation based on his understanding and experience."

In addition, having considered the legal principles of parental responsibility, the Judge concluded that it would be "wholly wrong to find Mrs Ellis blameworthy." In her judgment "No matter how careful a parent is, it is impossible for children to be completely protected from risk. Keeping children cooped up and not allowing them to experiment with small freedoms carries its own risk. There is a difficult balance to be struck. Different parents in different circumstances will make different decisions about how best to strike that balance. Sadly, when something goes catastrophically wrong, a parent may look back and agonise over the choice they made. The fact that, with hindsight, they would have taken a different course is very far from establishing that their original choice was wrong, still less that they were negligent."

Chris Bright QC, who acted on behalf of Caine instructed by Stephen Bloom of Jonas Roy Bloom commented: “I’m delighted that the outcome will allow Caine to recover the full level of damages that he needs and deserves in order to give him the appropriate care and support over his lifetime.”

Karl Hirst, who acted on behalf of Violet Ellis instructed by Ann Houghton of Anthony Collins Solicitors added: “It was a pleasure and a privilege for us to represent Mrs Ellis in what has been an unnecessarily difficult and distressing time for her and the family, particularly when she has been completely vindicated by the Judge at trial.”

Given the circumstances of it, the case has generated a great deal of media interest, having been reported in the national news, including the Daily Mirror, the Daily Mail, The Times and the BBC.

Links to Chris Bright’s and Karl Hirst No5 personal injury profiles can be found here: 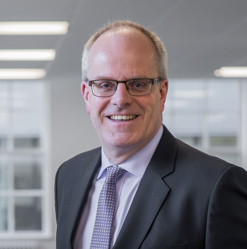 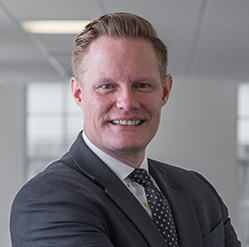 
Date: Wed, 22 Jun 2022
Fundamental Dishonesty; The power in a question?
As is often the case, any genuine claimant is going to have inconsistencies in account where there are various different points over a course of years that they are asked to give an account of symptoms...