The allegations surrounding Harvey Weinstein and the worldwide impact of the #MeToo campaign have firmly put the spotlight on sexual harassment in the workplace.

When the sexual misconduct allegations were made against the former film producer they made waves, not just in Hollywood, but internationally. The #MeToo movement spread virally last Autumn as a hashtag used on social media to help demonstrate the widespread prevalence of sexual assault and harassment, especially in the workplace.

Due to sexual harassment being currently brought to the fore, The North West Employment Law Group is hosting a free seminar to provide an update on the current legal position in this area.

Two counsel at No5 Barristers’ Chambers have been invited as the guest speakers, with lectures and workshops giving attendees the opportunity to increase their knowledge.

The Sexual Harassment in the Workplace seminar will be held in Manchester at the HRC Law LLP, Acresfield, Exchange Street, on Thursday, June 14, from 8.45am until 11.45am.

Jack Feeny and Tom Perry will each share their expertise during the event.

Jack Feeny has been ranked as a leader in the field of employment law by Chambers and Partners since 2016. This year’s directory says ‘his strength is his technical ability in difficult situations’. During the seminar, he will give an overview of the law in an employment context.

Tom Perry is an experienced lawyer who worked as an employment solicitor at several leading and magic circle firms for seven years before joining the Bar. He will provide an update on the practical considerations for employers.

Together, they will present an engaging and entertaining workshop to help attendees develop their knowledge.

Tom and Jack are members of the Employment Law Group at No5. 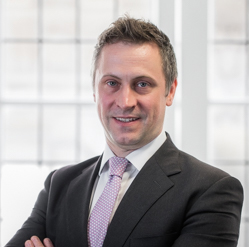 Planon Ltd v Gilligan: The Cut-Off for Non-Compete Covenants
The judgment of the Court of Appeal in the recent case of Planon Limited v Gilligan is a cautionary reminder to employers that delay and the passage of time can defeat their prospects of obtaining injunctive relief....