Counsel at No5 Barristers’ Chambers has been instructed to lead the defence in a burglary case following a raid on an heiress’s home in which £50m worth of jewellery is believed to have been stolen.

Earl Pinnock is defending a mother and son who have been charged over a burglary at the home of Tamara Ecclestone, the daughter of ex-Formula 1 boss Bernie Ecclestone, at Palace Green, Kensington on December 13.

Maria Mester, 47, a cleaner of no fixed abode, and bar worker Emil-Bogdan Savastru, 29 of Bethnal Green, have each been charged with conspiracy to commit burglary.

They appeared at Westminster Magistrates' Court and have been scheduled to appear in custody at Isleworth Crown Court on February 28. 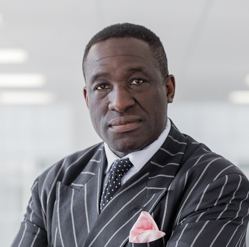