No5 and Oliver May shortlisted for diversity and inclusion awards

In response to the nominations, CEO and Director of Clerking, Tony McDaid said:

"Diversity and inclusion is in our DNA and has been an integral part of our success story over many decades. In the 1990s we had the first ever female silk to be appointed in Birmingham and followed that with the first Asian Silk practising in Clinical Negligence to be appointed in the Midlands.

Those appointments were the first fruits of a mind-set that was at its time unique at the Bar but today is quite rightly a bench mark where sets of chambers are now measured. It is very simple in theory and is based around giving all those who apply an equal opportunity to succeed. The original ethos has developed over the years and has led to us attracting pupils and members from other sets who have contributed to that development, particularly at our London office which now houses over 70 members."

“Chambers has worked hard over the last year to develop new internal support packages to further improve the diversity of members of chambers who attain leadership positions, appointments and promotions at every level. We have also instigated a new specific social mobility role within Chambers which encompasses improvements in diversity and inclusion at entry level and have begun a new project in conjunction with Gray’s Inn and the Midlands Circuit about which we are very excited. We are very pleased to have been recognised for our work and ongoing commitment to improvement in this field.”

Upon receiving the news of the nomination, Oliver said:

“It is of such fundamental importance that barristers are, and are seen to be, representative of society that it is almost cliché to say so. It is with that in mind that I have worked to help promote diversity at the Bar since before I even joined the profession.

Since March last year I have tried to use the extra time, the pandemic has afforded me to help make positive change. As workloads have moved back towards normality, I have made sure not to let up on the diversity and inclusion work I’ve been doing, and I’m very grateful to No5 for helping me ring-fence time for that purpose. It was very unexpected to be short-listed for this award, but I am absolutely delighted to have been named alongside such impressive people."

The 2021 Chambers Bar Awards returns to its traditional in person ceremony on Thursday, 18th November hosted at Old Billingsgate, London. 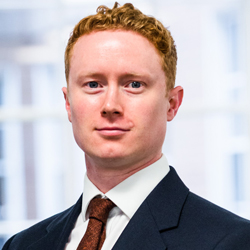