No notional ‘any child’ comparator in deportation cases

Each of the Respondents was subject to deportation under section 32 of the UK Borders Act  due to their having been convicted and sentenced to a term of imprisonment of one year or more.  The cases concerned the application of subsection 117C (5) of the Nationality Immigration and Asylum Act 2002, which provides  exceptions to deportation for those sentenced to between one and four years if its effect upon a child or partner of the proposed deportee would be “unduly harsh”, and of subsection 117C (6) which precludes deportation for those not capable of falling within  ss117C (5)  if there are “very compelling circumstances, over and above those described in Exceptions 1 and 2”.

These sections (and the entirety of part 5A of the 2002 Act) are intended to provide a “calibrated’ set of tests to determine whether any deportation decision breaches Article 8 of the European Convention on Human Rights. They are to provide an answer to the question of whether the public interest in the deportation of “foreign national offenders” is outweighed by the circumstances of each individual and their family members.

As Lord Hamblen (with whom the other five SCJs agreed) explains in his judgment the proper understanding of the “unduly harsh” and “very compelling circumstances” tests has been the subject of successive  judgments in the senior courts.

“One is looking for a degree of harshness going beyond what would necessarily be involved for any child faced with the deportation of a parent.”

“It is therefore now clear that a tribunal or court considering section 117C(5) of the 2002 Act must focus, not on the comparative seriousness of the offence or offences committed by the foreign criminal who faces deportation, but rather, on whether the effects of his deportation on a child or partner would go beyond the degree of harshness which would necessarily be involved for any child or partner of a foreign criminal faced with deportation. …”

Hence the emergence of the “notional comparator child”.  This interpretation of the “any child” element of Lord Carnwath’s judgment (made in a separate context) gathered steam and was followed in other Court of Appeal judgments and became the modus operandi of First Tier and Upper Tribunals hearing deportation appeals where the Appellant claimed the effect of deportation upon their children would be unduly harsh.

Lord Hamblen gives several reasons for rejecting the Secretary of State’s submissions, prominent among them being:

Having rejected the notional comparator test the Supreme Court indicates that the correct approach is as stated by the Upper Tribunal in MK (Sierra Leone) v Secretary of State for the Home Department [2015] INLR 563 (and approved in KO (Nigeria) as “authoritative”).  That is:

“… ‘unduly harsh’ does not equate with uncomfortable, inconvenient, undesirable or merely difficult. Rather, it poses a considerably more elevated threshold. ‘Harsh’ in this context, denotes something severe, or bleak. It is the antithesis of pleasant or comfortable. Furthermore, the addition of the adverb ‘unduly’ raises an already elevated standard still higher.”

Having so directed themselves the Supreme Court indicates the Tribunal must:

“make an informed assessment of the effect of deportation on the qualifying child or partner and to make an evaluative judgment as to whether that elevated standard has been met on the facts and circumstances of the case before it.”

With regard to the very compelling circumstances test Lord Hamblen refers to Lord Reed’s judgment in Hesham Ali v Secretary of State for the Home Department [2016] UKSC 60, which itself cites factors identified in familiar judgments of the European Court of Human Rights and reiterated more recently in Unuane v United Kingdom (2021) 72 EHRR 24.  The predominant question was whether rehabilitation of the proposed deportee played any role in the assessment of whether very compelling circumstances had been shown.

Lord Hamblen agreed with Lord Justice Underhill in the Court of Appeal that rehabilitation, with the consequent reduction in the risk of reoffending:

“cannot be excluded from the overall proportionality exercise”

Applying its judgment to the particular facts in each of the Respondents’ cases before them the Court dismissed each of the Secretary of State’s appeals.

Please find the following link to the judgment:https://www.supremecourt.uk/cases/docs/uksc-2020-0174-judgment.pdf

Ramby de Mello, Danny Bazini and Jessica Smeaton of No5 Barristers' Chambers represented the Respondents HA and RA in both the Court of Appeal and the Supreme Court, where they were joined by Edward Nicholson. 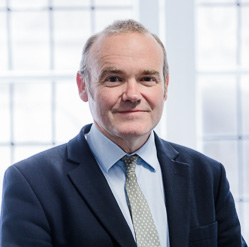