What does it mean for a belief to not be worthy of respect in a democratic society? In Maya Forstater v CGD Europe and Others UKEAT/0105/20/JOJ, the Employment Appeal Tribunal sought to answer this question.

The Claimant was a visiting fellow whose fellowship and consultancy contract were not renewed due to her having made a number of comments on Twitter about transgender people, which several of her colleagues viewed as transphobic and complained about.

The Claimant brought a claim alleging direct discrimination and harassment on the basis of belief. A preliminary hearing was held to determine whether the Claimant’s belief amounted to a philosophical belief under the Act. The Claimant’s belief was held to be that sex is biologically immutable, that there are only two sexes, male and female, and that it is impossible to change sex. She would not in any circumstances accept that a trans woman was a woman or that a trans man was a man.

The tribunal found her belief not to amount to a philosophical belief under the Act, as it failed the final of the five criteria laid out in Grainger plc & others v Nicholson [2010] ICR, namely that a belief must be ‘worthy of respect in a democratic society, be not incompatible with human dignity and not conflict with the fundamental rights of others’. The judge at first instance found the Claimant’s beliefs not to be protected on the basis that they were ‘absolutist’ and that it was a core part of the Claimant’s beliefs that she would refer to a person by the sex she considered appropriate even where it amounted to harassment.

In the EAT, this finding was reversed. The EAT took into account the need to uphold the rights provided by Article 9 (freedom of thought, belief and religion) and Article 10 (freedom of expression) of the European Convention on Human Rights. These must be read in light of Article 17, which provides that the rights provided in the Convention could not be used to destroy the rights and freedoms of others. It is only where a belief was akin to Nazism or totalitarianism, or it was espousing violence and hatred in the gravest of forms, that it could be said to be not worthy of respect in a democratic society. The Claimant’s beliefs were not this extreme, despite the fact they were offensive to some and could potentially lead to the harassment of trans persons in some circumstances, and therefore met all five of the Grainger criteria.

As the judgment is likely to be subject to significant public discussion, the EAT was at pains to emphasise what was not decided. The EAT did not in its judgment take a position on the current debate about transgender rights, and the judgment did not mean that those with ‘gender-critical’ beliefs could misgender trans persons with impunity. Trans persons would still be protected from discrimination and harassment under the Act. Finally, the judgment did not mean that employers would not be able to provide a safe environment for trans people, and they would still be liable for acts of discrimination and harassment by employees against trans persons. 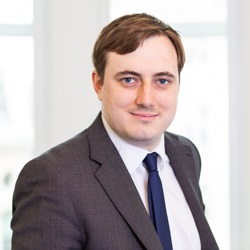