Those involved in soft tissue injury cases proceeding under the Pre-Action Protocol for Low Value Personal Injury Claims in Road Traffic Accidents (“the RTA Protocol”) may be familiar with paragraph 7.8B of the Protocol. That provides that:

“(2) a further medical report, whether from the first expert instructed or from an expert in another discipline, will only be justified where—

(a) it is recommended in the first expert's report; and

(b) that report has first been disclosed to the defendant;”

It is a depressing feature that this paragraph is often overlooked by both parties. Part of the answer for that may lie in paragraph 7.33 of the Protocol:

(1) the final medical report and agreeing to rely on the prognosis in that report; or

Whatever the reason, as a result, the claimant’s solicitor sends the Stage 2 pack and discloses all the evidence in support at that point, having not previously disclosed a first report before obtaining the second. Sometimes the first report does not recommend another report, yet the prognosis provided turns out to be optimistic and symptoms continue, necessitating a further report of some form in any event. Sometimes a further report was in fact recommended from the off.

In any event, the parties then negotiate at Stage 2 on the premise of all the medical evidence without the issue being raised. Then, a few weeks prior to the MoJ Stage 3 hearing the Defendant solicitor sends a witness statement, raising the failure to comply with paragraph 7.8B of the Protocol and asks the court to disregard the (usually orthopaedic) further medical evidence.

By way of a recent example, Grace Gwynne acted for a Claimant who had sustained injuries in a Road Traffic Accident. The Claimant was examined by a GP, however he was unable to provide a prognosis period for the Claimant’s orthopaedic injuries to the wrist and finger as it was outside his realm of expertise and therefore recommended a further report from an orthopaedic surgeon. Both the GP’s initial report and the orthopaedic surgeon’s report were served on the Defendant at the same time. It was submitted on behalf of the Defendant, that the orthopaedic report should be deemed inadmissible as the simultaneous service is contrary to paragraph 7.8B of the Protocol. The Defendant went on to argue that the Court had no discretion in this instance and it was a matter of ‘technical compliance’. On behalf of the Claimant, Grace Gwynne argued that to rule the orthopaedic report inadmissible would leave the Court without a prognosis period and it would be inappropriate for the Court to attempt to estimate a prognosis period in order to award an appropriate amount. It was further submitted that this was not a case where the GP’s initial prognosis period had expired and the Claimant was still experiencing symptoms, but a case where there was no prognosis period at all.

It was also argued by Grace Gwynne that the offer made by the Defendant to settle the matter was made on the totality of the evidence, inclusive of the orthopaedic report. The Defendant raised no objection at the point the evidence was submitted at Stage 2, therefore should be prohibited from doing so at Stage 3. Furthermore, dismissing the orthopaedic report was not in keeping with the overriding objective to deal with cases justly.

The Court noted that at the point the GP recommended referral to an orthopaedic surgeon, the Claimant was bound to seek a report from an orthopaedic surgeon in order for the claim to be dealt with. The Court accepted that the Defendant had an argument regarding simultaneous service being contrary to paragraph 7.8B of the Protocol, however agreed with the Claimant’s submissions that refusing permission to rely on the orthopaedic report would be contrary with the purpose of the protocols and the overriding objective. The Court found that the Claimant was entitled to rely on the orthopaedic report. The Court went further to say that the application by the Defendant was nothing more than an attempt to seek a tactical advantage when the report was reasonably required. The representative for the Defendant sought permission to appeal on the basis the judgment was contrary to the decision of Mason v Laing. The Court gave permission to appeal.

The crux of the defendant’s arguments in this case and in similar cases is that the RTA Protocol has not been complied with, this is a technical breach without relief or escape and means the further medical evidence is not admissible. No discretion exists, says the defendants, and the court has no choice but to ignore the evidence. This found favour with HHJ Gosnell in an appeal in the case of Mason v Laing, heard in Bradford. The crux of his decision can be found at paragraph 22 & 23:

23. If I am right about that, then I think that the argument about whether the judge exercised his discretion correctly is irrelevant, because I would agree with that this is a technical point that either the claimant has complied with the protocol or he has not. If he has not complied with the protocol, then there is no provision in the protocol, so far as I am aware, where a party can seek relief from sanctions and ask the court to exercise the type of discretion as is utilised under the Civil Procedure Rule 3.9 pursuant to the judgment of the Court of Appeal in Denton v White. There does not seem to be a comparable situation in the protocol.”

The ratio of the decision, insofar as a County Court level decision can be persuasive only, is that it is a question of compliance or not and there is no power for the court to correct or waive the error. However, HHJ Gosnell was not provided with the full picture. There may not be a comparable power specified in the RTA Protocol, because the power is contained elsewhere.

“A pre-action protocol or this Practice Direction must not be used by a party as a tactical device to secure an unfair advantage over another party.”

“ If a dispute proceeds to litigation, the court will expect the parties to have complied with a relevant pre-action protocol or this Practice Direction. The court will take into account non-compliance when giving directions for the management of proceedings (see CPR 3.1(4) to (6)) and when making orders for costs (see CPR 44.3(5)(a)). The court will consider whether all parties have complied in substance with the terms of the relevant pre-action protocol or this Practice Direction and is not likely to be concerned with minor or technical infringements…”

Finally, and most importantly, paragraphs 15 and 16 state:

“15. Where there has been non-compliance with a pre-action protocol or this Practice Direction, the court may order that

(a) the parties are relieved of the obligation to comply or further comply with the pre-action protocol or this Practice Direction;

(b) the proceedings are stayed while particular steps are taken to comply with the pre-action protocol or this Practice Direction;

(c) sanctions are to be applied.

16. The court will consider the effect of any non-compliance when deciding whether to impose any sanctions which may include—

(b) an order that the party at fault pay those costs on an indemnity basis;

(c) if the party at fault is a claimant who has been awarded a sum of money, an order depriving that party of interest on that sum for a specified period, and/or awarding interest at a lower rate than would otherwise have been awarded;

(d) if the party at fault is a defendant, and the claimant has been awarded a sum of money, an order awarding interest on that sum for a specified period at a higher rate, (not exceeding 10% above base rate), than the rate which would otherwise have been awarded.

Paragraph 18 then sets out the protocols currently in force, which includes the RTA Protocol without any distinction between it and any of the other protocols. There is nothing to say that the substance of paragraphs 15 and 16 do not apply to cases under the RTA protocol. The power exists and so it would appear that the decision of Morgan v Laing is based on an incorrect premise. 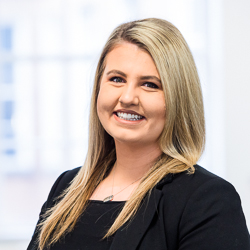