Mark Anderson QC and Steven Reed appeared in the Court of Appeal on 16 March, representing UK Gymnastics Limited in its appeal against an injunction restraining it from infringing British Gymnastics’ trademarks and from passing off by calling itself a National Governing Body for the sport of gymnastics.

The Court of Appeal confirmed the trademark injunction but the appeal succeeded in that the passing off injunction was modified to permit the defendant to continue to style itself as a National Governing Body for the sport. Lord Justice Arnold delivered the sole judgment, with which Lords Justices Lewison and Bean agreed. 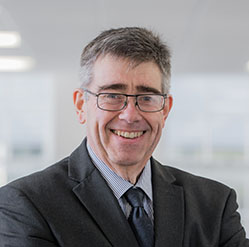 Louise Corfield qualifies as Mediator
No5 is delighted to announce that Louise Corfield has qualified as an accredited mediator. Having already being recognised by the directories as incredibly studious whilst having a commercially-minded and practical approach Louise will also add 12 years of experience litigating in the High Court/Business and Property Courts to her mediation approach....