James Dixon, instructed by Oliver Carter of Irwin Mitchell Solicitors, represented the family of Mr Shaun Dewey at an Inquest before Senior Coroner for Avon, Maria Voisin, sitting with a jury, between 28 October and 18 November 2019

Shaun was on remand in respect of a charge of murder which he denied. He had no previous convictions and had never been in prison before. He entered HMP Hewell on 20 September 2017 and was transferred to HMP Bristol at the beginning of January 2018. The inquest focused on his time at HMP Bristol up to his death on 13 April 2019, when he was found in his cell suspended by a ligature. At the end of the 3-week inquest, the jury returned a verdict of suicide and, in accordance with Article 2 of the ECHR, a narrative conclusion which recorded failings by those responsible for his care:

His anxiety, depression and separation from family were exacerbated by uncoordinated supervision and erratic medication.

Prison, healthcare and mental health systems which were in place to safeguard him were insufficiently applied to prevent his death.

The systems in place failed to identify issues and act upon them.

There was a failure to act sufficiently when issues of concern were identified and a tendency to close actions before issues had been resolved which actions included the ACCT document which was closed on him on 12 February 2018, even though the CAREMAP had not been fulfilled.

Given the signs in the last weeks of his life, an ACCT should have been reopened.

Assessment, Care in Custody and Teamwork (ACCT) is the care planning process for prisoners identified as being at risk of suicide or self-harm.

After the jury returned its verdict, the Senior Coroner indicated that she intends to make a ‘Prevention of Future Deaths Report’, urging action to be taken in relation to the particular vulnerability of prisoners on remand, including consideration given to national guidance and policy needing to be amended to reflect that vulnerable group. James had made submissions in relation to this including reference to the Prison and Probation Ombudsman Thematic Report of April 2014: ‘Learning from PPO Investigations: Risk factors in self-inflicted deaths in prisons’ which highlighted the especial vulnerability of remand prisoners.

Read the report by Inquest here. 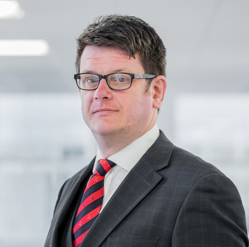 HMCTS ‘Priority’ work and injunctive relief
On the 1st April 2020 HMCTS published a note on the Civil Court Listing Priorities. This is divided into two sections: - Priority 1 work includes work that ­­­must be done and Priority 2...


Date: Thu, 02 Apr 2020
Virtual Courts and Tribunals
This note attempts to summarise the current working practice for Courts and Tribunals in England and Wales: is the court or tribunal simply closed, open for certain business or operating new remote procedures?...


Date: Mon, 30 Mar 2020
No5 Barristers' Chambers offers Virtual Mediation and Round Tables
No5 have set up the facility to host virtual mediations and round table meetings....