Omya owned a parcel of land near the banks of the Thames in Kent, which included Francis Quarry, a former chalk quarry which had not been actively worked for many years. The quarry is situated close to Cliffe Pools, a site owned by the Royal Society for the Protection of Birds. The land adjacent to the quarry is known as Thameside Terminal and was used by Daniel Andrews and companies associated with him.

Over a period of time between the end of 2016 and the start of 2017 around 20,000 tonnes of waste, including odorous processed household and commercial waste, was dumped on Francis Quarry before being covered with a thin layer of chalk. It was organised tipping on a vast scale.

Omya issued proceedings claiming those sums from AEL who it said was responsible for the tipping and from Daniel Andrews as a joint tortfeasor. The Defendants denied any wrongdoing and explained that they had no knowledge of who had carried out the dumping.

After an eight day trial in the High Court before Mr Roger ter Haar QC, judgment was entered against both Defendants on 17th December 2021. 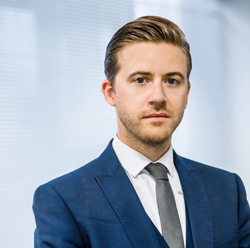