On Tuesday 7 June 2022, the Administrative Court allowed a claim for judicial review by a prisoner in the case of R (Kane) v The Independent Adjudicator and Secretary of State for Justice [2022] EWHC 1376 (Admin) and quashed both the findings of guilt and the punishment imposed. It held that the Independent Adjudicator should have dismissed the adjudication for lack of a proper referral.

At the hearing before the Independent Adjudicator, the Claimant’s solicitor had raised a preliminary objection of lack of jurisdiction, as there was no evidence of the prison governor properly applying their mind to the relevant threshold when referring the case. The governor’s reasons for referring the charge were limited to the sentence “Due to the nature and the police returning the charge I will send to the independent adjudicator”. The Independent Adjudicator rejected the preliminary challenge. At the end of the hearing, she imposed 18 additional days of detention on the Claimant. The Claimant brought an application for judicial review. Permission to apply for judicial review was initially refused on the papers and orally by the High Court, but granted by the Court of Appeal in 2021.

In the substantive judgment, the Administrative Court (Hugh Mercer QC sitting as a Deputy Judge) now held that the Independent Adjudicator lacked the power to proceed with the adjudication and should have dismissed it. The learned Deputy Judge held that “The adjudicator is given a specific task of inquiry by Rule 53A but that task has to be lawfully conferred on the adjudicator without which he has no power to act” [12] and that “an adjudicator reviewing whether Rule 53A had been complied with would be entitled to expect to see brief reasoning, capable of being interpreted as addressing the threshold, stated on the face of the decision” of the referring governor [13]. The Judge further emphasised that neither the Independent Adjudicator nor the Court itself could substitute their own views of whether a matter met the test for referral: Rule 53A conferred this task on the governor [15]-[16].

After close examination of the reasons given by the Independent Adjudicator and the governor for their decisions, the Court concluded that they failed to reveal any consideration by the governor of the relevant threshold for referral. Accordingly, the Independent Adjudicator’s findings of guilt and the punishments imposed were quashed as the hearing should not have proceeded. In light of the time elapsed since the original incident, the matter was not remitted for a re-hearing.

Michael Bimmler acted for the Claimant in the judicial review, instructed by Julian Coningham of Coninghams Solicitors who had also represented the Claimant before the Independent Adjudicator. 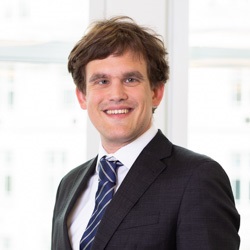 
Date: Mon, 24 Oct 2022
High Court protects right of parole Board to obtain evidence unhindered by Secretary of State
In a judgment urgently handed-down on 9 August 2022 (R (Bailey) v SSJ [2022] EWHC 2125 (Admin)) the Administrative Court has granted interim relief to ensure that the Parole Board hearing a review of the continued need or otherwise for detention of an individual shall receive the evidence it chooses to....