No5 Barristers’ Chambers is delighted to welcome Farin Anthony to the Immigration, Asylum and Nationality Group.

Farin was called to the Bar in 2004 and went on to qualify as a solicitor in 2008, later achieving Higher Rights as a Solicitor-Advocate (Civil Proceedings) in 2011. Farin has specialised in asylum and immigration law for over 16 years. In that time, Farin has held Head of Department roles at the CAB and a solicitor’s firm; engaged in strategic litigation as a solicitor with Refugee and Migrant Justice; drafted grounds for judicial review and secured injunctions against removal when she was a Duty Solicitor at Morton Hall Immigration Removal Centre.

Deputy Head of the Group, Mark Bradshaw, said: “I am delighted to welcome Farin to No5’s immigration group. Farin brings to the Bar tremendous experience both as a fee-paid Judge and a solicitor, and will already be well known to many in the profession. Farin’s arrival further strengthens our high calibre team of immigration, asylum and nationality counsel.” 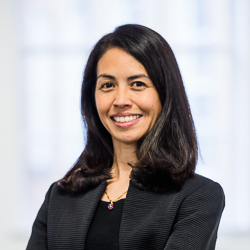 No notional ‘any child’ comparator in deportation cases
Supreme Court dismisses SSHD’s appeal in the case of HA and RA (Iraq) v SSHD. An important decision on the deportation of foreign criminals with children in the UK...