In a landmark appeal, after consultations at ministerial level, the Secretary of State has conceded that the Immigration (EEA) Regulations 2016 are unlawful in failing to legislate for #Retained Rights of Residence for Former Family Members (FFMs) since February 2017 under Regulation 10 - transposing Article 13(2) of Citizens Directive 2004/38/EC.

Adopting Parminder Saini's arguments in its findings, the Tribunal found that the Home Office had acted unlawfully in deciding this category of migrant was not covered by the Citizens' Directive. The Tribunal thus declined to refer the matter to the Court of Justice of the European Union (CJEU) because it gave “direct effect” to Article 13(2) in allowing the Appellants' appeals.

The Tribunal indicated this issue will be the subject of an imminent Reported Decision as there is no domestic (nor European) reported authority on the existence of this right for this category of Former Family Members till date, highlighting the truly unprecedented nature of this decision, not merely in the UK but across the European Union. Although the Home Office has indicated it will publish urgent Guidance for others whom may be affected, this still has not occurred. As such, this summary is being posted so any others who have failed in their application for retained rights or settlement pursuant to the Withdrawal Agreement or the EU Settlement Scheme will know that there is a remedy for their difficulty in establishing their rights which may have endured since February 2017. These individuals were encouraged to take action to claim their residence permit before 31 December 2020 and in the alternative to contact Parminder to assist them if they have missed that deadline.

A challenge to the EEA Regulations is presently underway and any interested European charity-interveners are encouraged to contact Parminder Saini at No5 Barristers' Chambers. 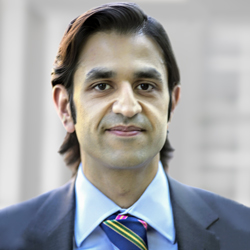