“Down the slope towards insolvency and liquidation”: what duties do directors owe to creditors?

Home > Media > News > “Down the slope towards insolvency and liquidation”: what duties do directors owe to creditors?

Since the case of West Mercia Safetywear v Dodd, English law has acknowledged a duty upon directors to account for creditors’ interests (‘the Creditor Duty’). However, the scope and extent of such a duty – and even its existence at all – had never been verified by the highest court in the land. In the case of BTI 2014 LLC v Sequana SA and others, the Supreme Court held that although such a duty exists, it is only triggered in specific circumstances, which were not present on the facts of the appeal.

In May 2009 a company called AWA paid a dividend of €135 million to its sole shareholder, Sequana SA. The dividend was approved by the directors of AWA and distributed in accordance with both the statutory framework - Part 23 of the Companies Act 2006 – and common law.

At the time the dividend was distributed AWA was in a solvent position, both in terms of cash flow and from their balance sheets. However, AWA’s assets included an insurance portfolio of unknown value, and their liabilities included a long-term pollution related contingency of an uncertain amount. Therefore, although AWA was neither insolvent, nor in imminent jeopardy of becoming so, there was an appreciable risk such a position may arise in the near future.

In October 2018, that risk became manifest when AWA entered insolvent administration. BTI 2014 LLC were assigned AWA’s claims and issued against Sequana SA, arguing that the dividend paid in May 2009 was in breach of directors’ duty to creditors, both at common law and pursuant to s172(3) of the Companies Act 2006.

BTI’s claim was rejected by both the High Court and Court of Appeal. The issues for the Supreme Court to determine were:

The Supreme Court concluded that the Creditor Duty did exist at common law but was not triggered on the facts of this case.

Notably, the court rejected the submission that the distribution of a lawful dividend will insulate directors from any allegation of breach of duty. Although on the facts of the case the Creditor Duty had not yet been triggered, had the circumstances been different – and the threat of insolvency greater - AWA’s directors could not rely upon the ratification of the dividend for protection.

This case provides welcome clarification as to the scope and engagement of directors’ duties to creditors. Nonetheless, although the Judgment identifies the point at which the Creditor Duty is engaged, it remains somewhat subjective as to what weight that duty grants to creditor interests prior to administration. Expect to see considerable litigation as to where precisely on the ‘sliding scale’ interests fall, particularly in smaller companies where the divide between directors and shareholders may be limited.

Article by Harrison Burroughs. Harrison is a member of the Business and Property Group 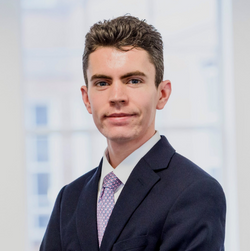 The standing of a foreign executor in the English jurisdiction
The Court of Appeal has determined that a foreign executor does have standing to issue proceedings in England and Wales without first obtaining a grant of probate or a resealed grant (if applicable) in England and Wales, his authority to collect assets here being a matter of English law under which an executor derives his title from the will of the testator....


Date: Fri, 16 Dec 2022
Pegler v McDonald
This autumn HHJ Paul Mathews, sitting as a Judge of the High Court, handed down a series of decisions relating to the removal of an executor and trustee....