Deprivation of liberty, the inherent jurisdiction and an accommodation crisis

Home > Media > News > Deprivation of liberty, the inherent jurisdiction and an accommodation crisis

Public law practitioners will be aware of the spate of cases in recent years in which the higher courts have berated the lack of sufficient provision for children requiring secure accommodation.  In cases such as In re X (A Child) (No3) [2017] EWHC 2036 (Fam), Lancashire County Council v G and N [2020] EWHC 2828 (Fam) and In re B (A Child) [2020] Fam 221 judges repeatedly highlighted the national “scandal” and “crisis” of unavailable beds in appropriately registered and regulated secure accommodation units for children who desperately require them.

It had become common practice for local authorities in such circumstances to seek to invoke the inherent jurisdiction of the High Court to authorise children’s placements in unregistered children’s homes, or alternative accommodation in which their liberty would be curtailed.

In the recent case of Re T (A Child) [2021] UKSC 35 the Supreme Court considered an appeal by T, a child who had been made subject of proceedings commenced by Caerphilly County Borough Council.  She was 15 at the time of the original proceedings, but was an adult by the time the case reached the Supreme Court.  Delivering the leading judgment, Lady Black summarised the first argument – which was that it was not permissible to use the inherent jurisdiction to authorise a deprivation of liberty in these circumstances – as follows:

ii)  the inherent jurisdiction must not be used in such a way as to cut across the statutory scheme in the Children Act 1989, as it would do here;

iii)  deprivation of liberty authorised under the inherent jurisdiction would fall foul of article 5 of the European Convention on Human Rights (“article 5”) which provides that “No one shall be deprived of his liberty save … in accordance with a procedure prescribed by law”.

It was further argued that, if the court found the use of the inherent jurisdiction were permitted, the child’s consent to any arrangements was highly relevant to the need to make the order sought.

It was recognised that the issue was confined to cases in which the local authority considers that a child needs to be deprived of their liberty, who meets the statutory criteria set out in s.25 CA 1989, but who the local authority proposes to place elsewhere than a secure children’s home which is approved for that purpose.  The meaning of a “children’s home” is defined within the Children Act.  These children were likely to fall within two distinct groups: those who would be placed in a secure children’s home but there is no such place available; and those whose needs would be better met in an alternative placement.

The case had a wider public interest and consequently there were a number of intervening parties such as the Secretary of State for Education and the Children’s Commissioner.

In her comprehensive judgment, Lady Black reviewed the relevant law as it relates to both England and Wales and considered the evolution of the Children Act’s interplay with wardship under the inherent jurisdiction.  She found that s.100(2) CA 1989, which limits the use of wardship by local authorities in certain circumstances, did not in fact remove a local authority’s power to apply for wardship altogether.  She determined that the use of the inherent jurisdiction to deprive a person of their liberty did not fall foul of Article 5 ECHR as the deprivation was permitted by law, albeit common law rather than statute.

However, the Court had considerable difficulty in effectively permitting the use of the court’s powers to sanction a child’s placement in an unregistered children’s home, when to manage an unregistered children’s home is in fact a criminal offence pursuant to s.11 Care Standards Act 2000.  Lord Stephens and Lady Arden each contributed their own judgments on this issue.  While the Court determined that the use of the inherent jurisdiction is permitted in these circumstances, it was emphasised that this is a “temporary solution” to the current problem and one which ought to be deployed only in truly exceptional circumstances.  Lord Stephens reiterated the need to comply with the President’s Guidance of 12th November 2019 in relation to placing a child in an unregistered children’s home.

As to the issue of the child’s consent, it was argued that, as T was consenting to her placement, there was no need for the Court to make an order depriving her of her liberty.  The Supreme Court determined that this was but one factor for a Judge to consider and that the fact that a child had (or had not) expressed their consent would not be the deciding factor. 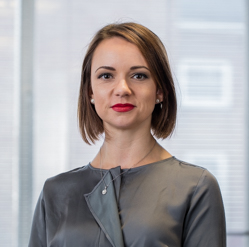