Richard Jones QC and Philip Mantle of No5 Barristers’ Chambers have appeared for the successful creditor in the first case before the Court of Appeal to determine the question of from when the limitation period runs in the context of a claim under the Consumer Credit Act 1974.

The claim was issued five years and ten months after the date when the Default Notice expired, but more than six years after D last made payment on the account.

As part of the defence, D submitted that recovery of the debt was statute barred under the Limitation Act 1980 because it was brought more than six years since his last payment. D submitted that the service of a default notice under section 87 of the Consumer Credit Act 1974 represented no more than a procedural requirement and therefore was irrelevant in determining when the cause of action accrued (and time therefore began to run for the purposes of limitation).

By contrast, PRA submitted that service and expiration of a Default Notice under the Consumer Credit Act 1974 s87 was an essential element of the cause of action. As such the cause of action did not arise, and time did not run, until such a Notice had expired.

At first instance, a Deputy District judge ruled in D’s favour. However, acknowledging that there was no definitive guidance from the higher Courts on the point, the first instance Judge took the unusual step of granting PRA permission to appeal the judgment at the end of the hearing.

D appealed that decision to the Court of Appeal, with Richard Jones QC and Philip Mantle acting again for PRA. The Court of Appeal, in judgment handed down on Wednesday 23 January 2019 unanimously rejected D’s appeal, confirming the decision of His Honour Judge Madge.

Mr Mantle said: "The relevance of the case is that the Court of Appeal, is that it provides clear authority that where a creditor under a running account credit agreement, wishes to commence proceedings for the outstanding balance then the time for doing so runs, for the purpose of the Limitation At 1980, s5 from the date that the statutory Default Notice, sent by the creditor under the Consumer Credit Act 1974, s87, expires.

"The Court of Appeal rejected the analysis that a Default Notice constituted a mere procedural requirement, unanimously considering that the effect of s87 was not only to make service of such a Default Notice necessary before proceedings could be commenced, thereby making service an essential element of the cause of action, but that the section qualified the creditor’s substantive legal rights so that the agreement could not be terminated, and proceedings for the outstanding balance could not be commenced, until there had been expiration of the time allowed in the default notice for remedy of the default, without the debtor having remedied the default.

"This decision provides some long overdue clarity on the point, and provides guidance for creditors and assignees seeking to litigate long term consumer credit debts.” 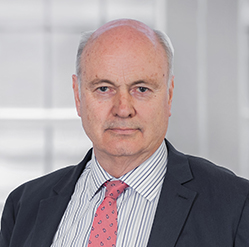 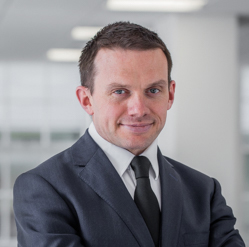