Two counsel from a Birmingham barristers’ chambers have been appointed as Fee-paid Judges of the First-Tier Tribunal.

Nassera, who is marking her 20th year since being called to the Bar in 1999, said: "I decided it was time to throw my hat in the ring, not just because a judicial appointment is important for women at the Bar, but also because of the experience I have specialising in care cases. It seemed the right time in my career to apply.

"I am delighted with the appointment. I am a British Pakistani Muslim woman at the Bar which helps to bring diversity to the legal profession and to the judiciary.

"My Father was a community leader and very active politically, as was my mother, but it was my Dad who really inspired me to qualify as a lawyer. He died when I was 15, at which point becoming a barrister became a massive goal for me to achieve and tenacity kicked in.

"I have kept my maiden name professionally as I want people to remember that I am Mr Butt’s daughter and I have achieved my goals because of his influence and also due to my very supportive family.”

The mother-of-five, including to twins, who is the SEND governor for her children’s school, said: "The appointment to the SEND Tribunal will be an interesting challenge for me because it is an area that I have a real interest in.”

Miran has built up tremendous experience working with various professional regulatory bodies, including as a lay chairman of, amongst others, the Medical Practitioners Tribunal Service’s Fitness to Practise Tribunal and the General Dental Council’s Professional Practice Committees. He also sits as a legally qualified chairman of Police Misconduct Panels and the Professional Conduct Committee of the General Chiropractic Council.

Miran worked was called to the Bar in 2001 and went on to cross qualify as a solicitor in 2006, specialising in immigration law for over 10 years. During that time, he obtained Accreditation at Advanced Level under the Law Society’s Immigration and Asylum Accreditation Scheme and also became and Assessor and Writer for the Scheme. He returned to the Bar in 2017 to join No5 Barristers’ Chambers.

He said: "Tribunal Judges often have to deal with complex issues and make life-changing decision. I am looking forward to the challenge.” 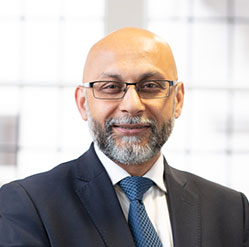 A child does not have the right to a solicitor at the start of the deportation process
In a ruling today the High Court held that a child detained under the sentence of a court did not have an automatic entitlement to a solicitor to help him understand and respond to service of formal notice of liability to deportation....


Date: Mon, 25 Jan 2021
Permission to apply for Judicial Review granted in systemic challenge to asylum accommodation for pregnant women and new-born mothers
No5 Barristers, David Gardner and Nabila Mallick, have obtained permission to apply for judicial review in the case of R (DK) v Secretary of State for the Home Department (CO/4585/2020)....