Changes on the way to the Parole Board Rules

On 30 June 2022, the Secretary of State for Justice laid a statutory instrument (S.I. 2022/717) making significant amendments to the Parole Board Rules. These are (in the main part) due to come into force on 21 July 2022. The main changes include a provision for public access to Parole Board hearings, and enhanced powers for the Secretary of State to influence the Board’s decision-making process.

The government website release refers to the “new powers for Deputy Prime Minister to oppose and challenge the release of dangerous offenders” though that title owes little to the legal framework of course and more to the political situation.

The Minister receives extra powers to challenge Parole Board decisions – including where new, violent behaviour by offenders comes to light – and to give his own view earlier in the process.

There appears to be an attempt to centralise control at the MOJ, with the announcement:

“Recommendations for release or moves to open prison for the most serious offenders - including murderers, rapists, terrorists and those who have caused or allowed the death of a child - will also now be made by the Deputy Prime Minister before going to the Parole Board for its final decision.

After carefully considering expert and professional advice, the Deputy Prime Minister will give his view on whether the prisoner would be safe to be released. Making the ministerial view clear from the outset will provide another safeguard to help keep our streets safe from dangerous prisoners – removing any ambiguity from the process."

An amendment is introduced to Part B of the Schedule to the Rules, so that it shall remove the existing provisions asking for views on suitability for release and instead insert:

“1Z.—(1) Reports relating to the prisoner should present all relevant information and a factual assessment pertaining to risk, as set out in the paragraphs of Part B of this Schedule, but the report writer must not present a view or recommendation as to the prisoner’s suitability for release or move to open prison conditions.

(2) Where considered appropriate, the Secretary of State will present a single view on the prisoner’s suitability for release.”

Therefore prison and probation staff will no longer be allowed to give the Parole Board their recommendations or opinions on the decision to be made (as least not in writing – perhaps another reason why an oral hearing is a fairer process in the future). It is far from clear that this change has been made in consultation with the Parole Board or shall be regarded as a welcome change by its judicial panels.

More worrying still, for those who believe that those who deal with the prisoner’s rehabilitation may have the more appropriate view to give than a politician, or who feel that the current test that allows the independent judicial Parole Board to continue detention whenever it is necessary to do so for the protection of the public is a sufficiently difficult test to surmount until rehabilitation is achieved, is the future spectre that:

“In due course this will be bolstered by further reforms, including a tougher Parole Board release test and powers to scrutinise and block the release of the most dangerous offenders.”

Another headline amendment is the provision to hold oral hearings in public where the panel chair considers, either on their own initiative or on an application to the Board, that it is in the interests of justice (rule 15 as amended). According to the Secretary of State for Justice, Dominic Raab, the goal of this measure is to maximise transparency “so victims and the public can see justice being done”.

This amendment has been long expected since the Worboys case, and a case initiated in 2019 by Charles Bronson in which the Ministry of Justice indicated this change would be made.

The amendments also allow for greater powers in relation to the reconsideration of Parole Board decisions. Previously, the Board could only set aside a decision on the grounds that the decision is irrational or procedurally unfair. The amendment to rule 28 itself adds the further power to reconsider where the decision “(a) contains an error of law”. Rule 28 has additionally been amended to expand the scope of decisions which can be reconsidered to include those prisoners serving a “serious terrorism sentence”.

Furthermore, a new Rule 28A allows the Board to set aside its own final decisions and directions where it is in the interests of justice to do so and where one or more conditions are satisfied: (1) where the Board would not have made a decision “but for an error of law or fact”, or (2) where either new information is available (and the rule does not specify or seemingly require that this is information that could not or should not have been before the panel originally); or “a change in circumstances relating to the prisoner that occurred after the direction was given, had occurred before it was given.” (this latter point doing no more than state the law as decided by the Divisional Court in 1999 in the case of R v Parole Board ex p. Robinson).

By rule 28A(11) the duty to release the prisoner and give effect to a Parole Board direction to release (under Chapter 2 of Part 2 of the 1997 Act or Chapter 6 of Part 12 of the 2003 Act) is suspended when an application is made “pending the decision under paragraph (3)”. Late – even unfounded – applications (within the 21-day window) appear capable of unfairly delaying a release.

On the other hand, the positive news for prisoners is that they are also one of the parties entitled to invoke this mechanism of reconsideration against a non-release decision said to be amenable to the test in rule 28A.

These modifications can be read alongside an accompanying provision in section 133 of the Police, Crime, Sentencing and Courts Act 2022 which has amended section 239 of the Criminal Justice Act 2003 to provide for the power to make these specific rules.

There are amendments to Rule 31, which governs applications to terminate IPP licences. An IPP licence can now only be terminated when the Secretary of State makes a “reference” to the Board. No longer can “applications” be made under the rule. Again, this rule change reflects s.138 of the Police, Crime, Sentencing and Courts Act 2022. The purpose does not appear to prevent applications (at least annually made), which must be referred, but it puts the procedure more on the footing of other referrals made to the Board such as under s.28 of the Crime (Sentences) Act 1997 which are initiated in the process procedurally by the Secretary of State.

The amendments further provide for a series of important procedural changes.

For example, Rule 21 now allows the Board to make a decision to conclude on the papers after it had been directed to an oral hearing, if it considers it is no longer necessary for reasons other than where further evidence is received by the Board. The previous obligation to conduct the oral hearing that has been directed unless there was new evidence to change the appropriateness of that course has been removed. It is unclear whether prisoners will have legitimate expectations frustrated that no doubt do not assist motivation in rehabilitation progress. The new rule 21 will allow a decision on the papers after a direction for an oral hearing where that is said to be (a) in the interests of justice; OR (b) to effectively manage the case; OR (c) for such other reason as the panel chair or duty member considers appropriate, including where further evidence is received by the Board.

If you are concerned at the impact of the new rules on your case and require expert legal advice, please contact our Prison Law team’s clerks at PrisonLaw@no5.com 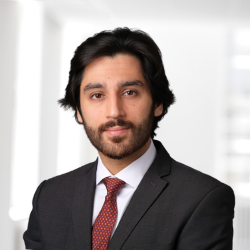 
Date: Mon, 24 Oct 2022
Jury concludes that a young man’s death was possibly contributed to by prison and healthcare failings
The inquest into the death of Robert Frejus concluded that failings by the prison and by prison healthcare possibly contributed towards his death. Robert died on 9 October 2018 at HMP Nottingham after self-harming. He was 29 years old at the time of this death....


Date: Wed, 27 Apr 2022
No5's Jack Feeny successfully represents a police constable after sustaining a knee injury in the execution of duty
In R (White) v Police Medical Appeal Board [2022] EWHC 385 (Admin) the High Court today handed down guidance on the test to be applied when police officers claim for injury awards under the Police (Injury Benefit) Regulations 2006 (“2006 Regulations”) following an injury received in the execution of duty....