Barrister invited to speak about intermediaries at Supreme Court seminar

A specialist criminal practitioner at No5 Barristers’ Chambers was invited to speak about the role of intermediaries at a seminar held at the Supreme Court.

Intermediaries are frequently used to support witnesses and defendants in criminal trials that involve allegations of a serious sexual nature. Sometimes, they work closely with the police and defence solicitors to help with pre-trial preparation for vulnerable witnesses.

The seminar was aimed at foreign judges, and Samantha spoke about intermediaries who are professional communication specialists.

She said: "It was a great honour to be asked to speak at this event. Intermediaries often help facilitate communication for vulnerable witnesses, often young children and adults with special needs, and are a relatively new addition to the range of special measures offered to such witnesses to help them achieve their best evidence.”

The seminar was attended by Open Society Foundations grantees, who had been due to visit from Israel, Kenya, South Africa, Spain, the US and Mexico.

The seminar also included a ‘walk through’ of the intermediary system and its role in England and Wales, from police station through ground rules hearing and court.

The event was due to include a ‘narrator’, together with a police officer, liaison and diversion, defence lawyer, barrister, judge and intermediary. Each was given the opportunity to talk about the intermediary role from their perspective. 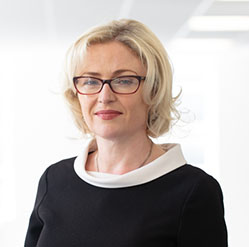