Finally, summer has arrived with a European wide heatwave and temperatures last week in the UK reaching 38.5 degrees in Faversham Kent; the second hottest UK day on record.  This year the Tour de France in its 106th year, celebrated 100 years of the famous Maillot Jaune; the leader’s yellow jersey and this iconic race, along with the women’s La Course, the Ovo Tour of Britain and the great weather have all served to encourage many more out on their bikes.

Cycling with its obvious health and environmental benefits is visibly and statistically on the increase, never more so than in the summer months, both for recreation and commuting.

Cyclists, along with pedestrians and motorcyclists are the most vulnerable road users and sadly, according to Department of Transport statistics[1], the number of cycling fatalities has remained broadly static for the last decade, at just over 100 per annum, or 6% of the total road deaths. With approximately 18,000 cyclists injured in 2017, 3,500 of those with serious injuries, cycling accounted for 14% of all those suffering serious injuries on the roads in 2017.  The statistics showed that cycling casualties were overwhelming male, just over 80%, that 44% of cycling accidents occurred on weekdays, in either the morning or evening commute and they were geographically skewed, with 41% occurred in London and the South East.  In terms of road type, urban roads accounted for twice as many cycling casualties as rural roads.

Unfortunately, whilst cyclists are 15% more likely to be killed on the UK’s roads than those travelling in a car, a few high profile cases of cyclists colliding with pedestrians have distracted some attention from the risks faced by majority of careful cyclists and served to reignite the public debate over dangerous cycling.  In the autumn of 2018, the Government undertook a consultation on new offences of causing death or serious injury and potential changes to the existing offences of dangerous cycling and careless cycling, the outcome of which is awaited.

Through a combination of a vocal cycling lobby, widespread media support and increasing environmental concerns, many towns and cities have already made, or are planning to make significant improvements to infrastructure to improve cycling safety.  Whilst there remains a long way to go to match the infrastructure of many other European countries, just before the start of the summer, in March 2019, the Department for Transport announced a step in the right direction with £21 million of investment to improve the 16,000 mile National Cycle Network.

Cycling numbers look set to continue to increase and hopefully with improved investment and awareness, it can become a safer pastime and commute.

Paul Evans is member of our Serious Injury team here at No5 Barristers’ Chambers and will be speaking at our specialist ‘two wheel’ seminar in October. A keen cyclist Paul specialises in fatal and catastrophic injuries with a particular interest in amputation claims.

For full details on the seminar please click here www.no5.com/events/two-wheel-seminar/ 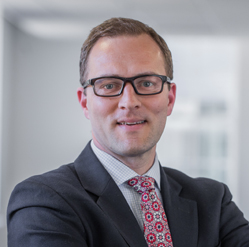