A New Dawn: Everything You Need To Know About Changes To The Divorce, Dissolution and Separation Act 2020

Home > Media > News > A New Dawn: Everything You Need To Know About Changes To The Divorce, Dissolution and Separation Act 2020

On 6 April 2022, the Divorce, Dissolution and Separation Act 2022 will introduce ground-breaking changes to the process of obtaining a divorce in England & Wales.

This includes the concept of the “no fault divorce”, which represents the end of an outmoded requirement that a divorce petition must be based on one or more “permitted facts” – in layman’s terms the reason a marriage has broken down and a divorce should be granted.

No5's Femi Ogunlende, family barrister specialising in family finance and divorce, outlines everything that the UK public needs to know about these changes.

What is going to change?

Fundamentally, the changes are going to bring an almost 50-year-old act (the Matrimonial Causes Act 1973) into the 21st century. Social attitudes to divorce have evolved considerably since the 70s and so too should the legal proceedings that surround them. Similar changes have also been made to the Civil Partnership Act 2004.

Currently, the court finds a marriage has irretrievably broken down if one or more of the following “five permitted facts” is proved:

If the party petitioning cannot satisfy the court that one of these facts exists, the court will not be able to find that the marriage has irretrievably broken down and grant a divorce. This is despite a clear lack of desire of the petitioning party to remain married to their spouse and the obvious breaking down of the relationship. In these circumstances, the petitioning party would have had to wait until they could prove one of the five facts, which could mean waiting for the five-year separation ground to be satisfied before they can obtain a divorce.

Also set to change is how many people can apply for divorce and some of the language involved. Firstly, one or both parties to a marriage can now apply for a divorce. This means time for negotiations between parties and the costs associated can be significantly reduced.

As for language, the court will now, at the first stage of granting a divorce, make a, ‘conditional order’, rather than granting ‘decree nisi’. Following the making of a conditional order, the court will then go on to make a ‘divorce order’, rather than granting ‘decree absolute’. The new act also refers to an ‘application’ instead of a ‘petition’. As with the removal of the outmoded permitted facts for fault, the removal of this inaccessible language makes the process less complex for people who are not from a legal background.

What will be the impact of these changes?

A crucial impact will be the reduction in time it takes for the parties to a marriage to obtain a divorce. For example, in the absence of any agreement between the parties or one of the permitted facts being established, a party to a marriage will no longer face the prospect of having to potentially wait five years before they can obtain a divorce. Instead, they will only need to wait for a minimum of 26 weeks until the divorce can be made final – a period that would have taken place in addition to the potential five-year wait.

Reducing the time it takes for a divorce to be finalised will not only reduce the potential costs of the applicants, who will need to extend legal support for the process, but it will also help ensure situations are less inflamed. The stress involved in the waiting time, where an applicant has continued contact with a partner they no longer wish to be with can make the whole process unnecessarily difficult. With this move, divorces and the processes involved can be dealt with more promptly and with minimal difficulty.

This act will also make the process less complex for applicants, which means people will be able to go through the process themselves. This reduces the cost of legal counsel and having to pay the legal fees associated with negotiating agreed facts before the divorce terms are settled. This should in turn speed up the time it takes to have the divorce made final.

Who will the changes help?

The changes will be of value to applicants, solicitors, and barristers alike. With the no fault concept, the process should be easier for both solicitors and parties who choose not to instruct a solicitor.

The simpler process should reduce time and costs, as it should no longer be necessary for solicitors to enter negotiations about either who is going to apply for the divorce or which of the five permitting facts the divorce is going to proceed under. Also, the increased digitisation of the court system means parties that chose not to instruct a solicitor should be find it easier to make the application for a divorce order themselves, as the whole process is less legally technical.

Those in the limited cases where a partner does not agree to the divorce and the two parties have lived apart for less than five years will now have their situation made far easier. Before the act if the party petitioning for divorce could not satisfy the court that one of the 5 facts existed, then the court would not be able to grant a divorce. Even if the applicant clearly no longer wishes to remain married to their spouse and their marriage has obviously broken down, they would have had to wait for the five-year separation ground to be satisfied before they can obtain a divorce.

For these applicants now, the agonising wait for a decision from the court and all the stress and cost that comes with it is far reduced. It is a welcome change to see such an important process finally brought into the modern day and help those who require a divorce to have easier access to one. 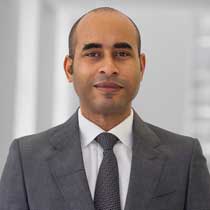