No time to read the full 79-page report (plus a further 79 pages of appendices)? Here are the highlights - and lowlights....

The CJC working group brought together a range of stakeholders with the aim of producing recommendations for the Department for Health and Social Care in relation to fixed recoverable costs (FRC) in low value clinical negligence claims. Broad, but not universal, consensus was reached on most issues. Further consultation by the DHSC is envisaged before a final framework is put in place.

Importantly, the remit of the working group was to consider proposals for claims with a value up to £25,000. It is repeatedly emphasised throughout the report that whilst streamlining of claims is proportionate when the sums at stake are modest, the proposals should in no way be seen as a feasible option for larger value claims. Support from both defendant and claimant representatives was solely on this basis and hopefully government departments will thereby be deterred from attempting to expand the scheme, at some later stage, to encompass higher value or more complex claims.

In considering an appropriate fixed recoverable costs regime, the working group agreed a need for new processes in order that low value clinical negligence claims can be managed more efficiently and therefore at lower cost. This has resulted in the proposal for two “tracks”, the “light track” (LT) and the “standard track” (ST).

The ST is for claims where liability is likely to be disputed. It begins with a Letter of Claim but - very differently from the current process - this must be accompanied by

- essentially everything the defendant needs in order to make an informed assessment of liability and quantum.

Within six months the Defendant must respond by: admitting liability; accepting the Claimant’s offer; rejecting the offer and making a counteroffer; or serving a Letter of Response - with a reasoned denial, expert report(s) on breach and causation, up to two witness statements and a counterschedule.

The Claimant has a right to reply to the Letter of Response, including with further expert evidence, within 6 weeks.

The parties then move to mandatory stocktake in an attempt to settle the claim or at least narrow the issues.  If this does not result in a settlement, they proceed to MNE.

Sequential exchange of expert reports under the ST is recognised as being controversial. The aim is to deter speculative claims, and speculative defences.

The LT is for claims where liability is unlikely to be in dispute and therefore expert evidence on breach and causation should not be needed. (Data suggests that around 25% of claims settle without any expert evidence being obtained.) This includes claims arising out of a “never event”; where a serious incident report identifies care falling below the expected standard; where there has been an admission of liability; and where the parties agree that no expert evidence on liability is required.

Where a claim falls within the LT the Claimant starts by sending a Letter of Notification to the Defendant, explaining why the claim appears to fall in the LT, detailing losses and appending

If within 8 weeks the defendant admits liability and causation in full then the claim continues on the LT. Otherwise it moves to the ST and a full Letter of Claim is sent.

If it remains on the LT, within 4 weeks the parties must hold a stocktake to try to settle the claim.

If the claim cannot be settled at the stocktake the parties must discuss whether further evidence is required. If it is not, the claim proceeds to Mandatory Neutral Evaluation within 4 weeks.

Further evidence would consist of a joint desktop condition & prognosis report and if necessary a witness statement from the claimant for the expert to consider. If the expert advises that an examination of the claimant is required, this is arranged.

Upon receipt of the expert evidence, the parties must carry out a further stocktake; if they remain unable to settle the claim proceeds to MNE. Time limits are provided for all of these steps.

Where MNE – whether on the ST or LT - fails to result in a settlement of a claim, proceedings can be issued. However traditional pleadings would probably be dispensed with, and the claim would proceed directly to PTR, joint statements of medical experts, and trial (disclosure having already been given and witness statements and medical evidence exchanged pre-issue).  If either party failed to do better than the MNE assessment, there would be costs sanctions for them.

Entry into the FRC scheme would have the effect of suspending limitation, so there is no time-pressure to issue.

What figures are proposed for the fixed recoverable costs? There was no consensus and no proposals are put forward by the working group - further consultation will be required. The stakeholders proposals were as follows:

No proposals are put forward as to the level of experts’ fees, but it is proposed that their use should be made more efficient by clearer instructions; limiting the medical records provided to them; sorting & paginating those records; not providing them with a chronology; and by the experts basing their reports on a proforma checklist.

After some negotiation, it was agreed that counsels’ fees would be included in the figures above for fixed recoverable costs, and not treated as disbursements or ringfenced.

There remain a number of key areas where the CJC felt unable to make recommendations, due to a lack of consensus and/or a lack of time to fully consult.

ATE premiums were not considered in detail given that the Court of Appeal decisions on this issue in West and Demouilpied were pending.

Improving patient safety fell largely outside the scope of the report: CJC was simply tasked with ensuring their proposals would not adversely impact on patient safety. However it was noted that a cultural change is needed to improve patient safety: reporting of incidents needs to become more commonplace but clinicians should not be made to feel singled out. There should be reporting back within defendant organisations following any claim in order to maximise learning and insights.

In conclusion, it remains to be seen what levels of fixed costs will be introduced but it appears very likely that very significant changes will be made to the pre-issue process, prompting a change of culture for those who handle low value clinical negligence cases.  What will happen next? Watch this space…. 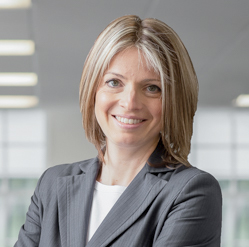